We recently got the chance to attend the 2012 LA Auto Show held at the Los Angeles Convention Center. While we were there we got to see what Mazda had up their sleeves for their production lines. 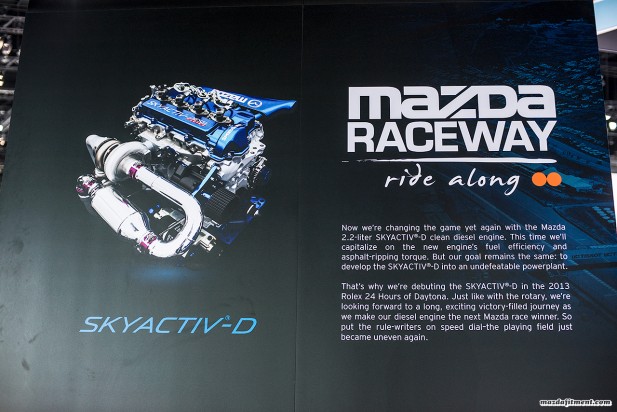 This has to be the coolest thing that Mazda has developed in a long while, the SKYACTIV-D engine. This version of the SKYACTIV engine is ground breaking for those looking for great fuel economy and power because of the efficiency of diesel compared to gasoline. 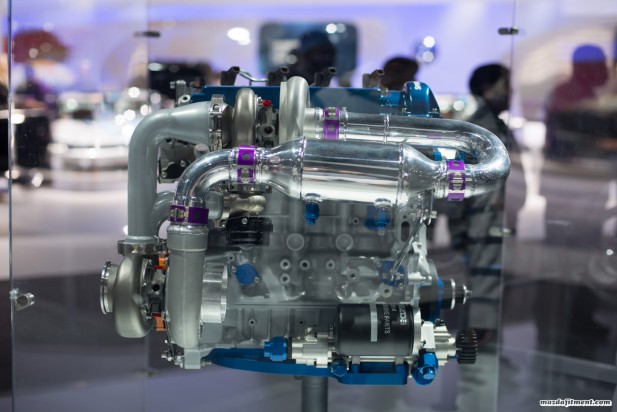 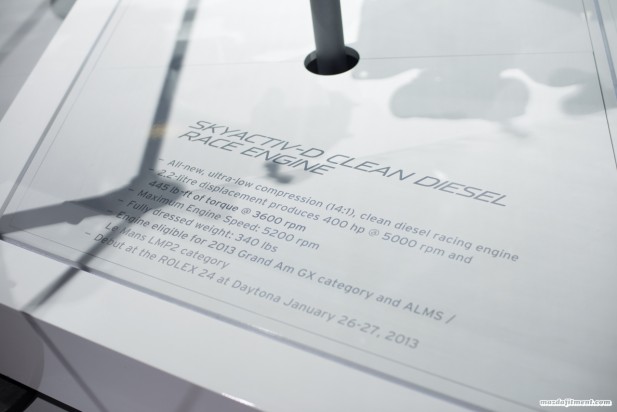 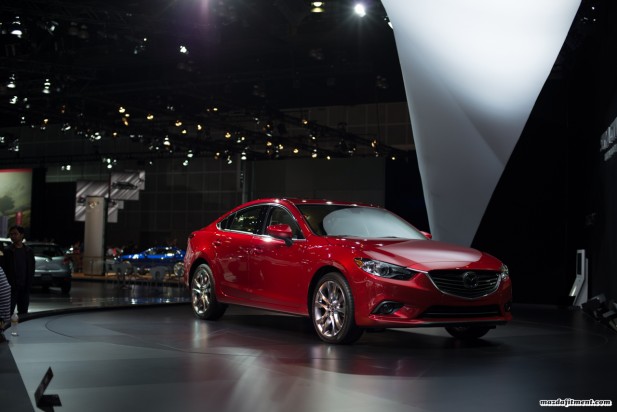 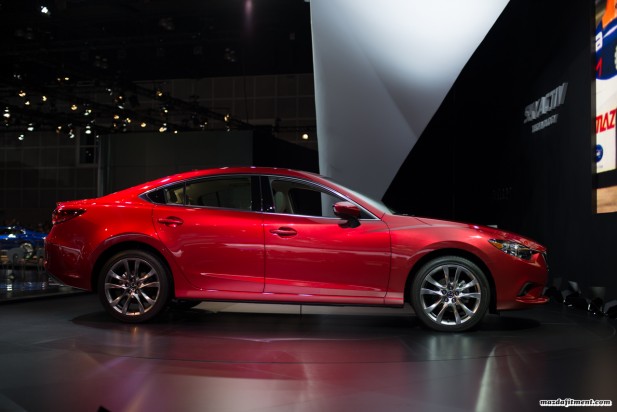 Here we have the 2014 Mazda 6 sedan production model, which will come with the non-turbocharged version of the SKYACTIV-D and won’t have 2″ wider fenders compared to the competition version that you saw above. 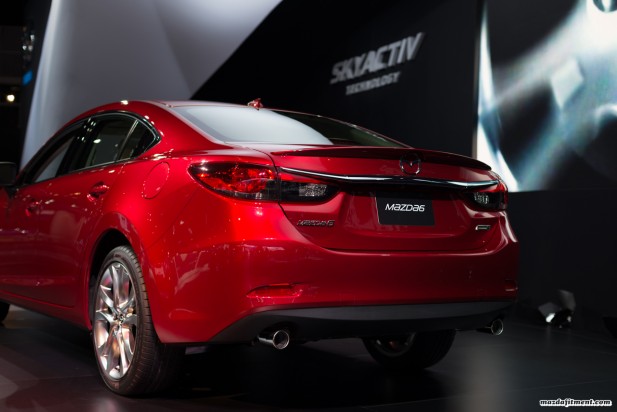 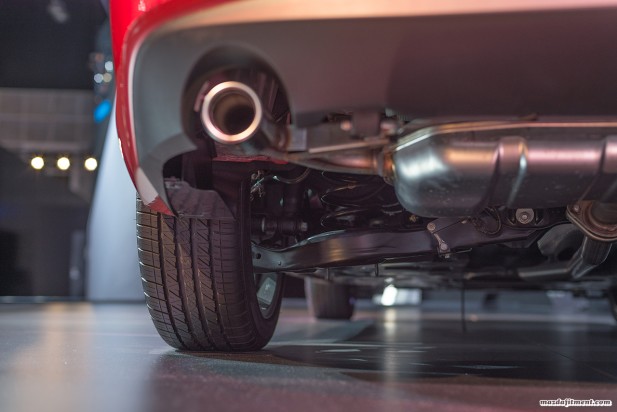 Nevertheless, compared to the competition version, it gives you a good idea of the potential that the next generation Mazda 6 will have. 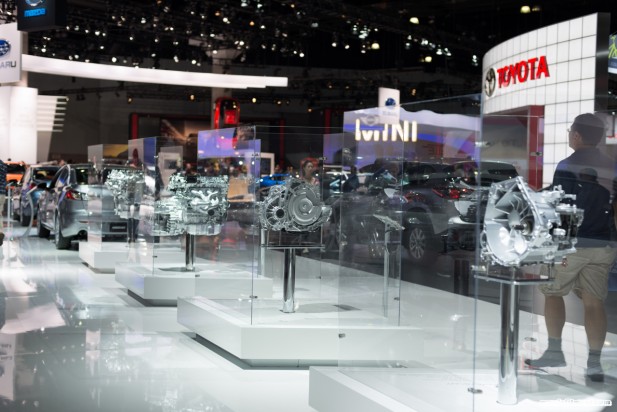 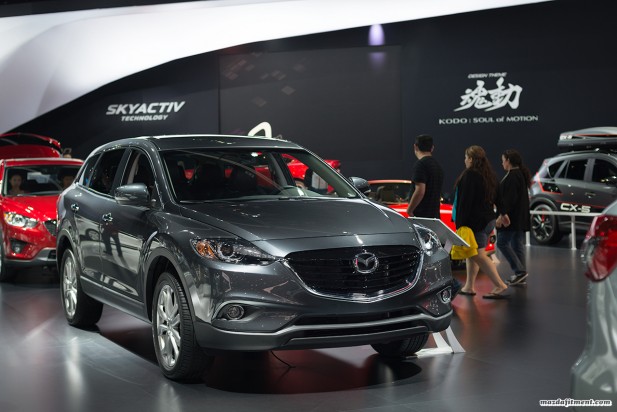 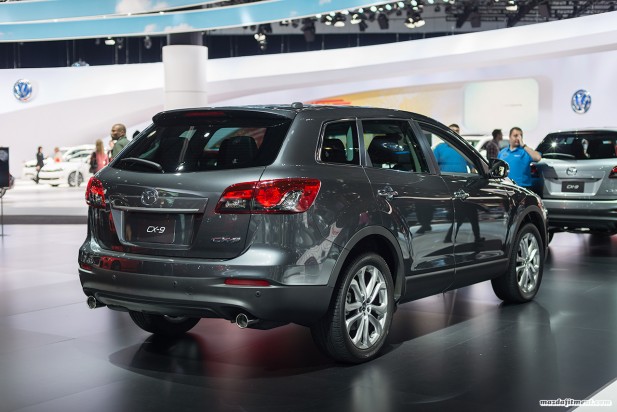 The 2013 Mazda CX-9 remains the same internally with its minor interior styling updates and 3.7L V6 engine, but has a updated exterior with the KODO styling. 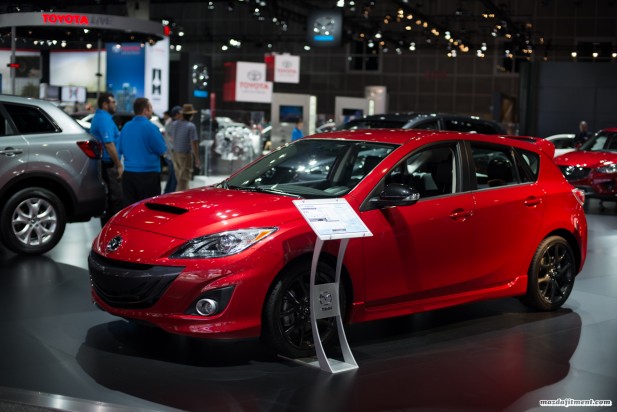 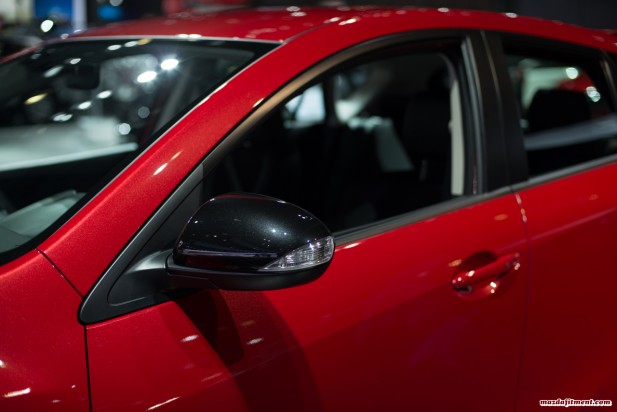 As we approached the 2013 Mazdaspeed 3 we were disappointed that nothing changed. We were looking forward to seeing even a concept of the SKYACTIV technology and KODO styling on this model. But, rumor has it we won’t be seeing any of that till late 2013 or early 2014. 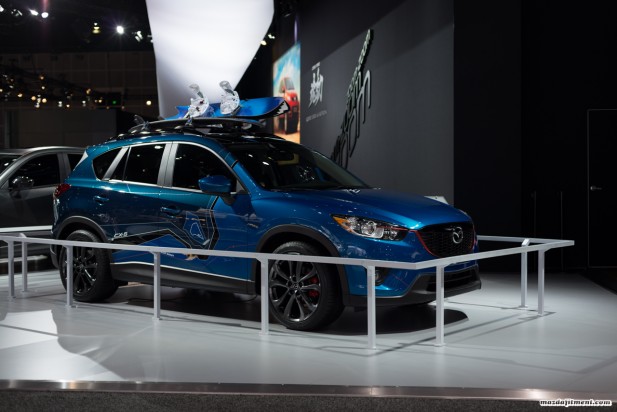 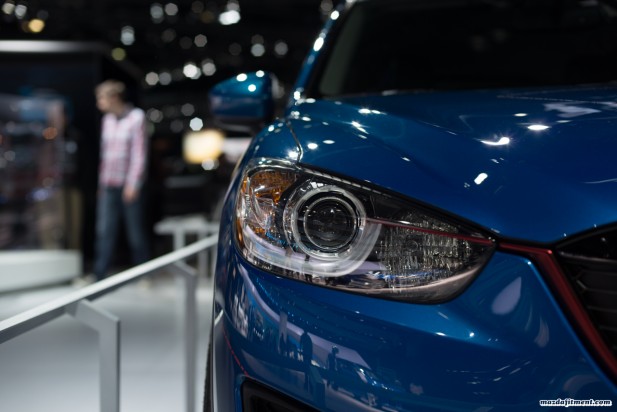 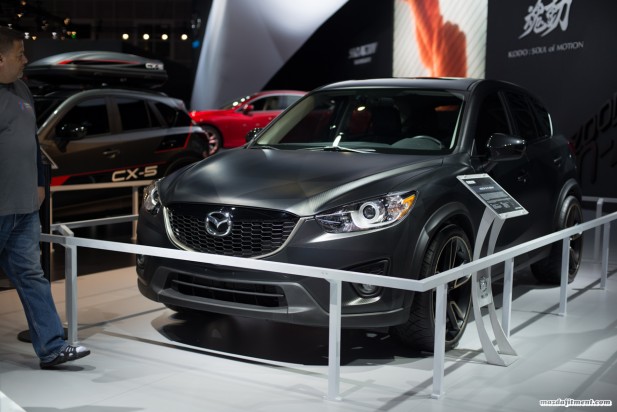 Mazda decided to unveil three theme concepts of the 2014 Mazda CX-5, which caught the eye of the auto show attendees. The CX-5 is complete with the SKYACTIV technology, which includes a light weight platform, efficient 2.0L/2.5L engine, and transmission. This all equaled to the first US debut of the 2014 Mazda CX-5 for the US market. 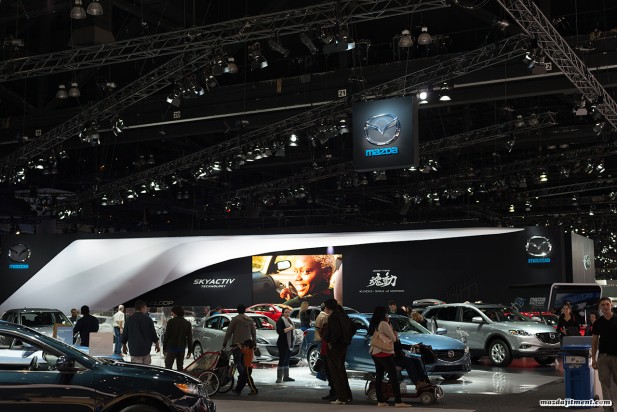 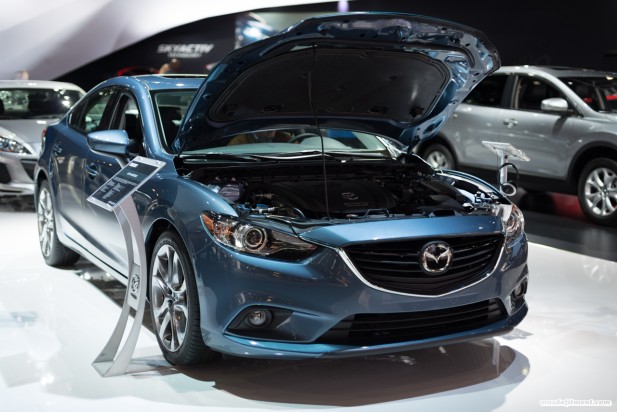 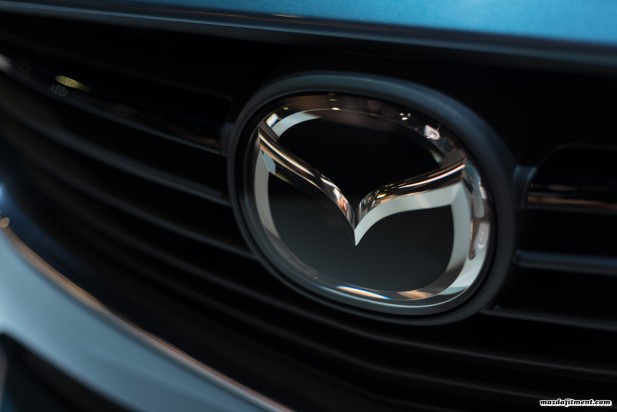 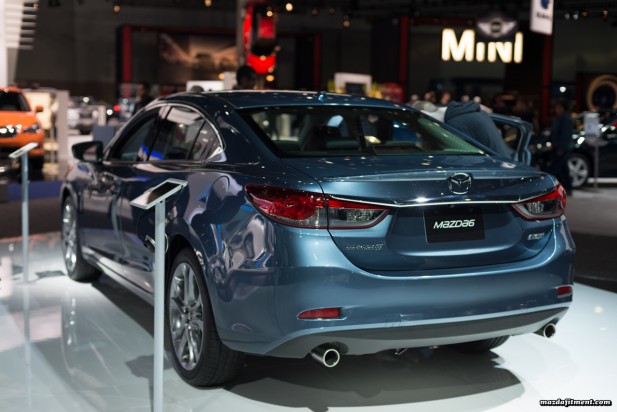 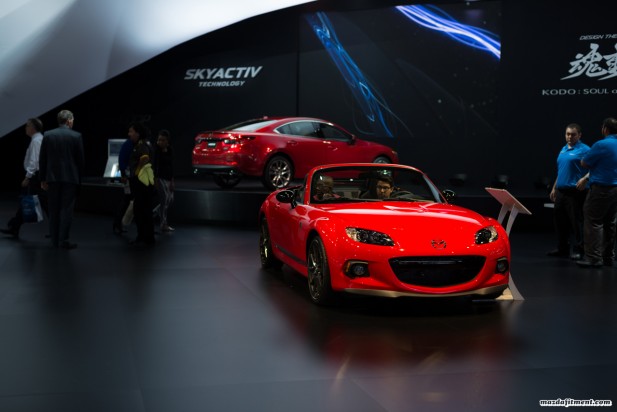 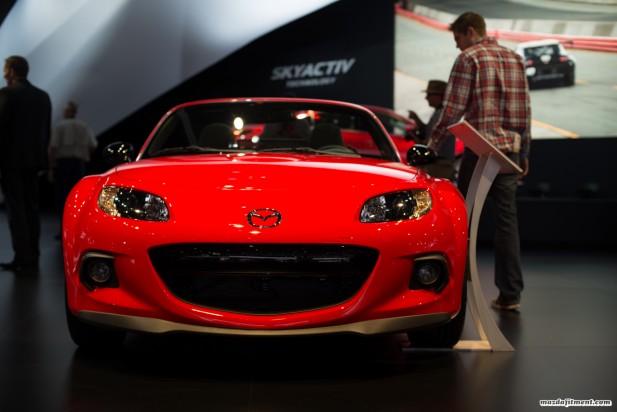 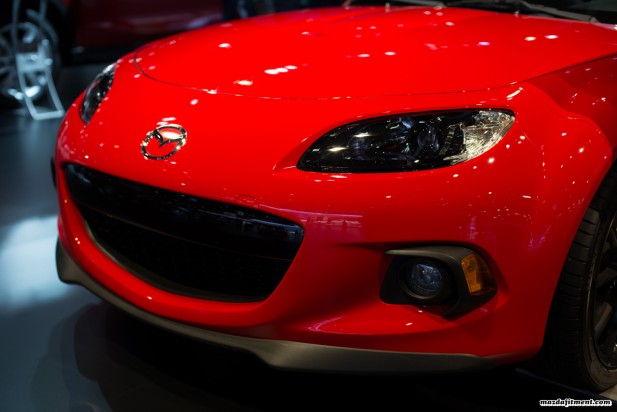 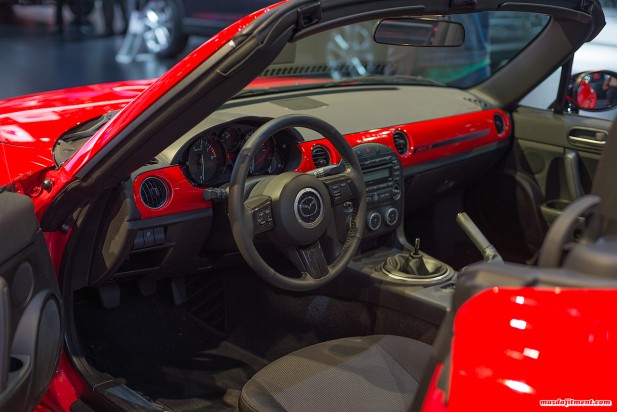 The 2014 Mazda MX-5 (Miata) in a True Red paint code featured a new flare to the front end, especially to the fog light area; a nice touch in our opinion. While, news is that the 4th generation MX-5 will be a joint venture between Mazda and Alfa Romeo to create the next generation of MX-5. Both will have their own variation similar to the Toyota and Subaru venture with the FRS/BRZ, which are extremely popular.

As you can see the Mazda presentation area for the 2012 year at the LA Auto Show was one of the best we have seen in years because of the introduction of their new goals and SKYACTIV technology for current/future models. Mazda is definitely changing the game once again giving us the most bang for the buck as they are known to be. 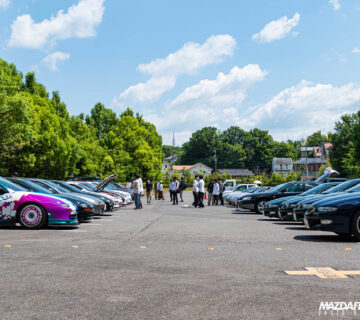 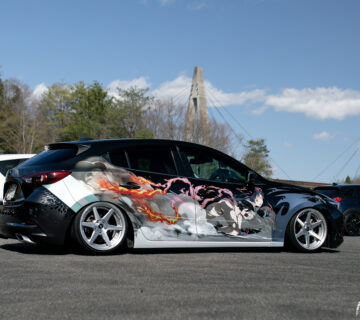