Stance Nation has recently just posted a feature of one of our members, sumTHAIguy. Pictures are taken by Thanet Taout

Want to support MF? Be sure to order some stickers from our store above. 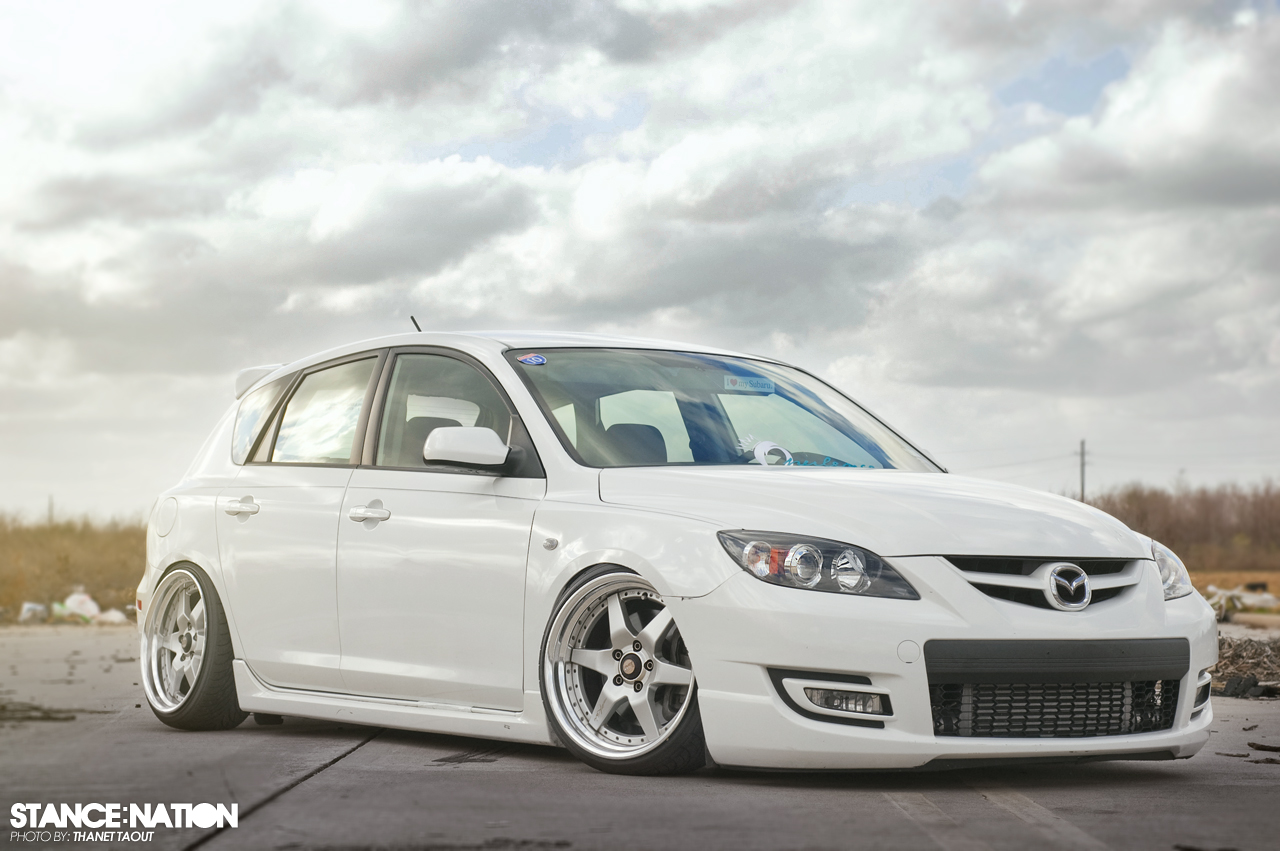 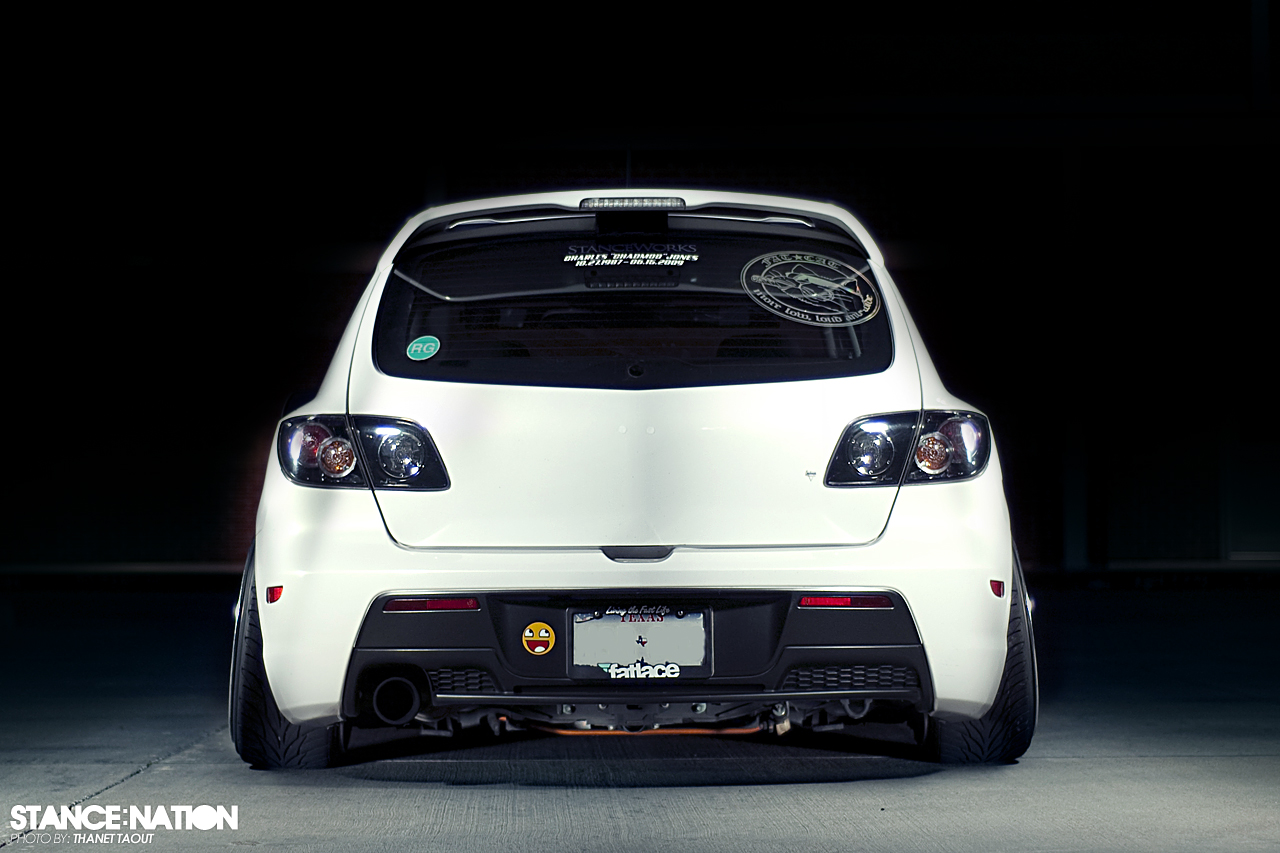 Michael has gone through several sets of wheels, and the latest set is as aggressive as it gets for the Mazdas3/Mazdaspeed3.

When Shavi’s car got posted up with his 18×9.5 +15 battles, Michael felt that the boundaries could be pushed even more. He sought out a new set of wheels and bought these beautiful set of SSR Longchamp XR4Z Kai’s in 18×9.5 +13. Only two millimeters off from Shavi’s setup, but Michael needed 35 series tires compared to Shavi’s 40 series because it rubbed way too much. Add some Dominant Engineering camber arms in the rear, and this is your result.

Hope you enjoyed this feature as much as everyone on MF did.