The Mazdaspeed 6 lived a short life in Mazda’s production line, but left a good impression of what they could do. It basically had the same motor as its future Mazdaspeed brother, the Mazdaspeed 3, however,  it came in all wheel drive. Here we are at the end of the year in 2012, and this car is still unknown to most and quite rare to find in the average enthusiasts garage.  Out of the city of Reading, Pennsylvania is this 2006 Velocity Red Mica Mazdaspeed 6 owned by Hector Torres. 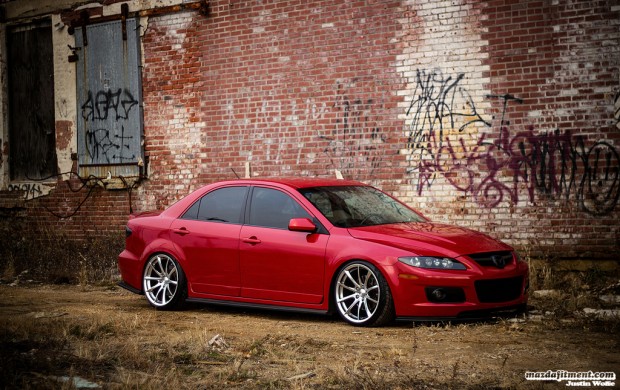 Hector got into cars right when he got his license at the age of 16 back in 1992. He started out with his mom’s 1984 Ford Escort, that he ended up lowering significantly. Lets just say that his parents were not too happy . Hector thought it looked great, and then on he had lowered everything he had owned. Just loved the overall appeal of the car after being lowered. 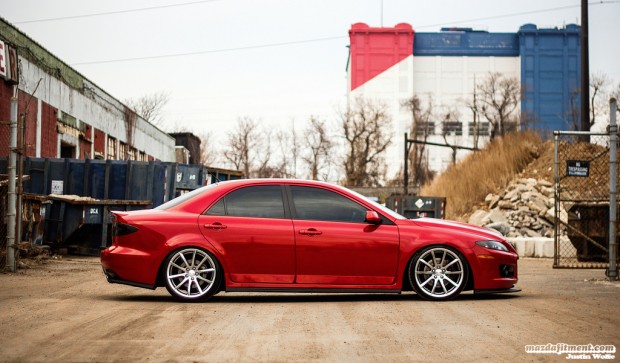 Being a father of four children now, Hector was driving a Mazda 5 for a few years before he got his hands on something AWD. Hector was looking for something good for the winter snow, and was looking at a pre-owned Audi S4 at first at the local dealership. But the cost of the pre-owned Audi S4 was still a lot, which then turned him to the Mazdaspeed 6 in the pre-owned lot, which had a lot of bang for the buck. 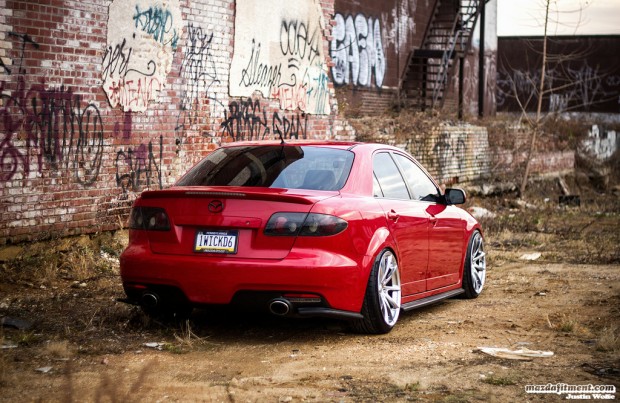 Now the MS6 has changed a bit since buying it from that pre-owned lot. One thing you will notice is the Next Mod replica AE lip kit all around. 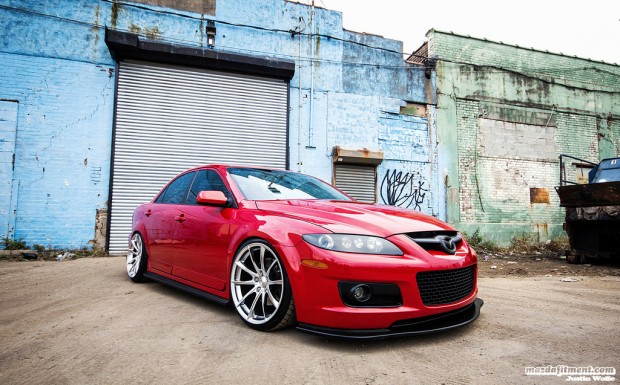 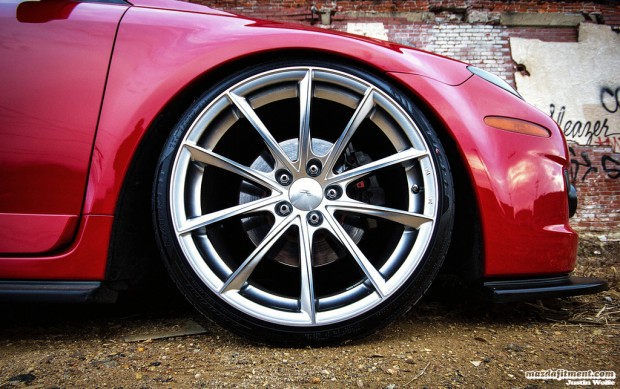 This wicked six is on KYB aftermarket struts with RPM lowering springs; surprise! While Hector choose to go with 19×10 Ace Convex wheels on 235/35/19 Falken tires. 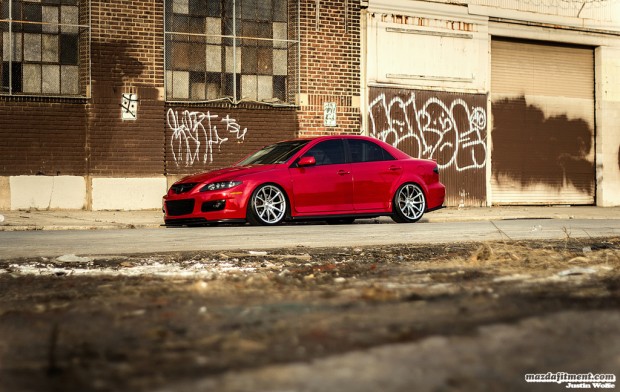 Hector would like to give a shout out to his wife, Holly Jo and his 4 children for putting up with his lowering addiction. He thinks that all his kids will drive something low when they get older, despite his wife not buying into the whole deal. Then a shout out to Logan with the Black MS6 in Florida for some insights into lowering and wheel fitment. Justin Wolfe for the wonderful photoshoot; awesome job. Shavi for noticing and posting the car on MF. Macho for all the help with the lowering and camber issues. And to all the little Hulkamanicas…lol

Well, thank you Hector and hope to see more updates on the car as you add little things here and there. Special thank you to Justin Wolfe for the awesome photoshoot and taking the time to do that. Check out more pictures for this shoot in the gallery below or head over to Justin’s flickr page to see how talented he is. http://www.flickr.com/photos/philakilla/