The automotive community is a wide spread entity, making its home in every country in the world. However, we are so disconnected in the content within these countries that we miss out on appreciating a lot of the automotive creativity.  Lucky for us with the boom of social media, we are able to have a glance at the content available throughout the world. This is the case with Richard Andre’s 2011 Grey Mica Mazda 2 from Jakarta, Indonesia. For those not familiar with Indonesia, it is a land of thousands of islands that are between Australia and Asia. 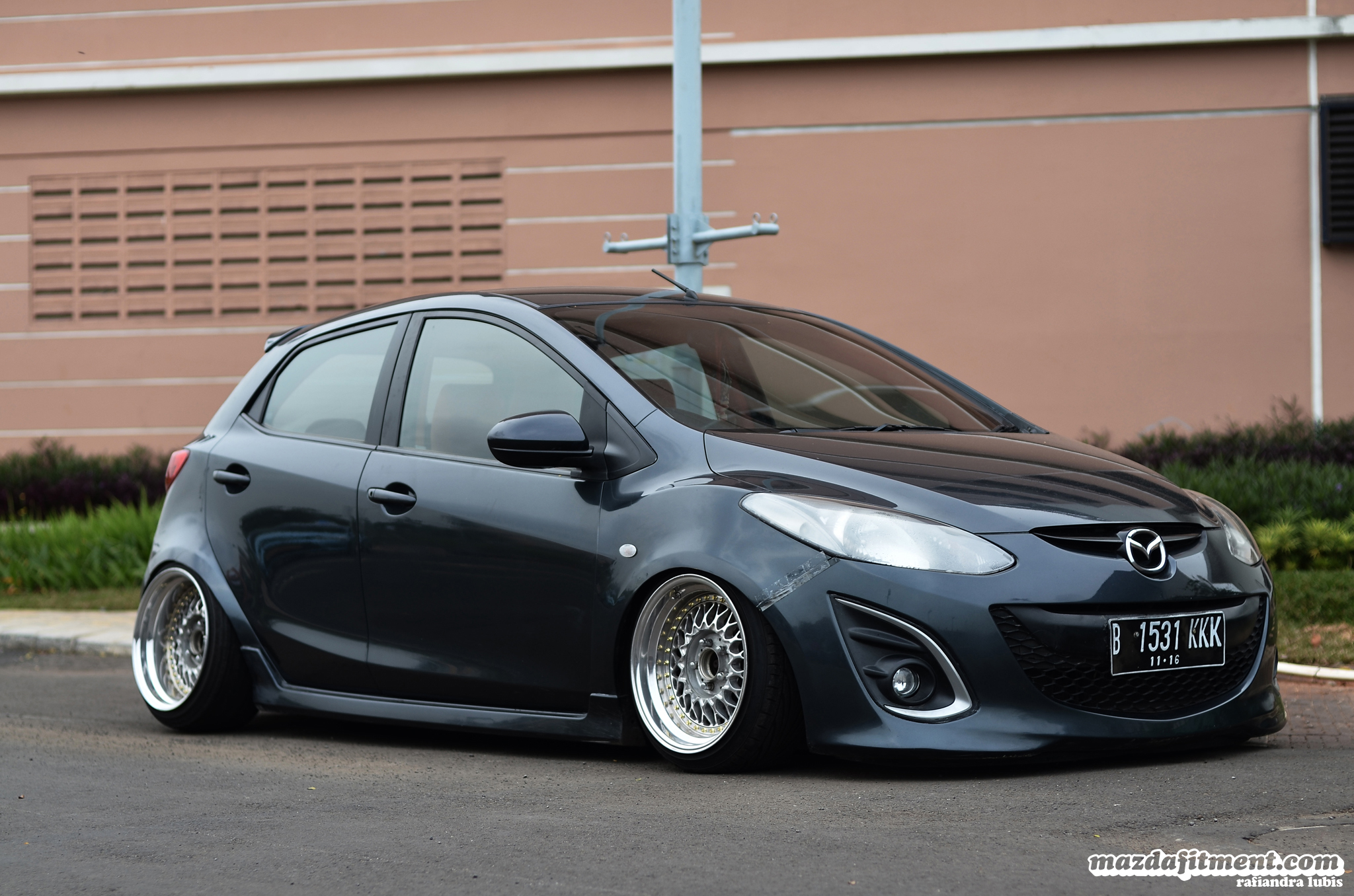 Richard’s Mazda 2 started it’s journey at the Indonesia International Motor Show in 2011. The journey began as an inspiration for purchasing something unlike other city cars like the Honda Jazz/Fit or Toyota Yaris, which are really popular in Indonesia.  While the purpose of Richard’s choice was to to use the Mazda 2 as a daily driver for his every day life with no plans to modify the car. 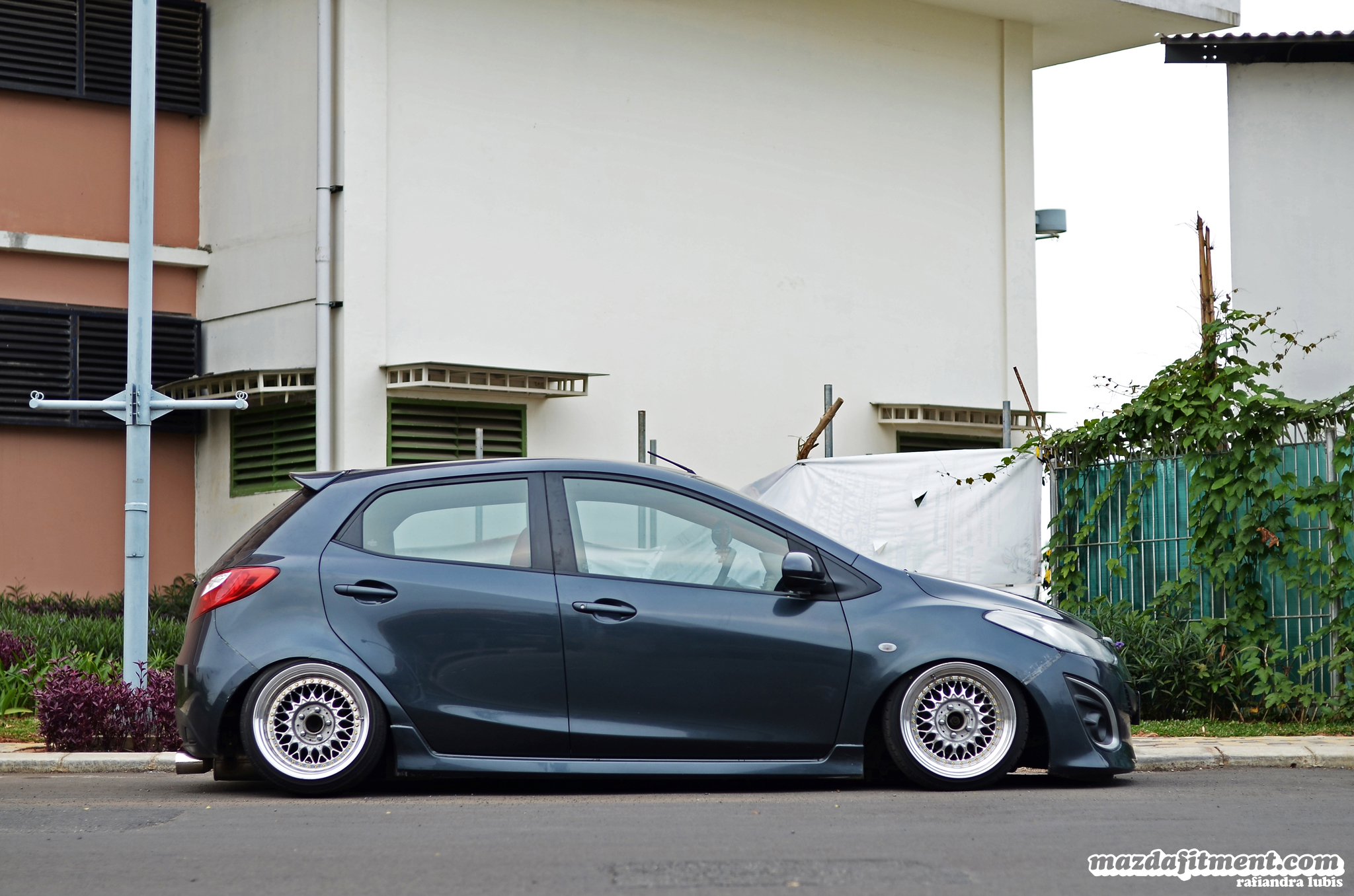 But, it took Richard only 6 months to start discovering the Mazda 2 community on the forums, which showed him all sides of modifications and taste. During Richard’s first event with this community, he came to realize that this community was not the place for him. 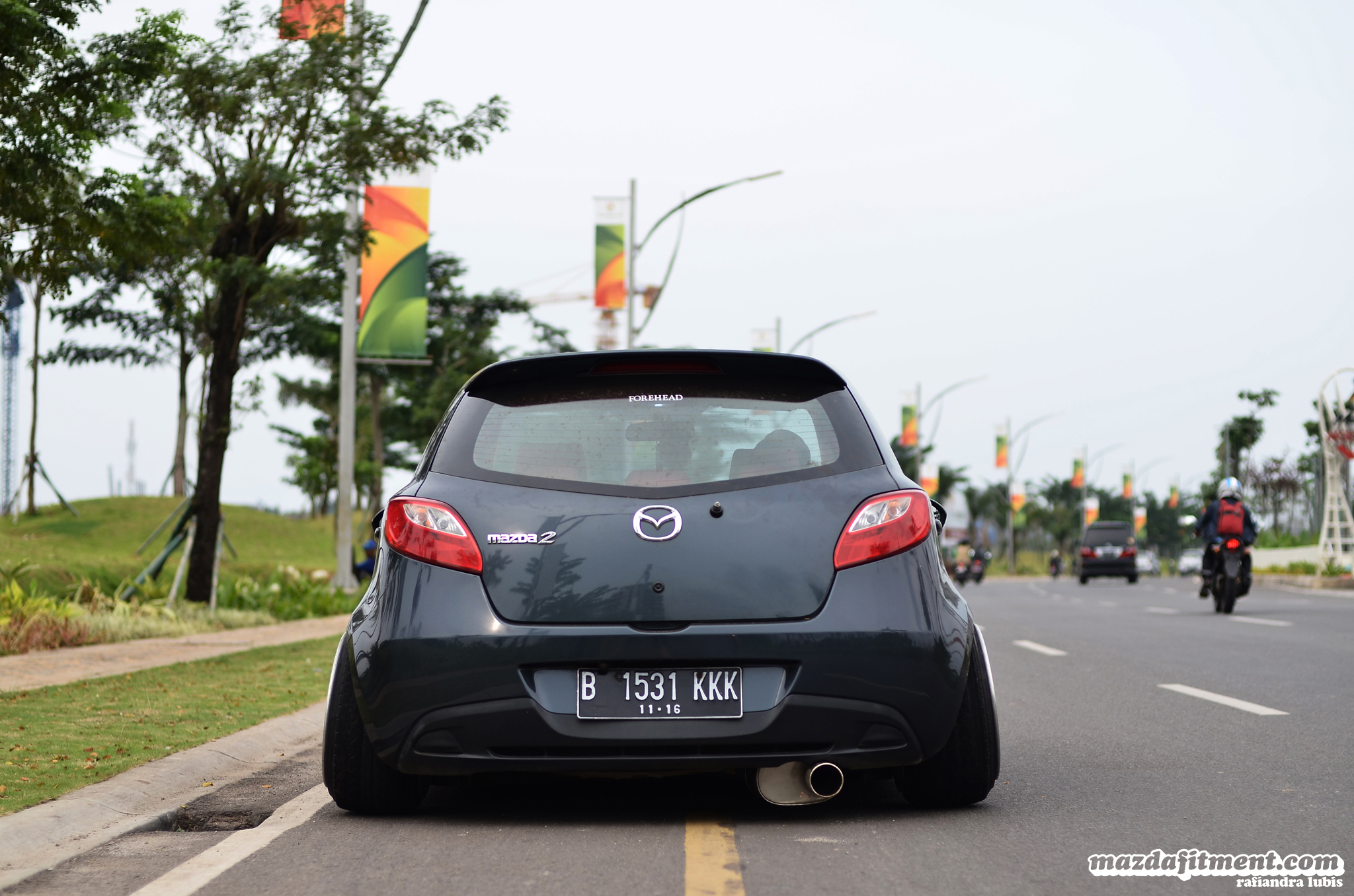 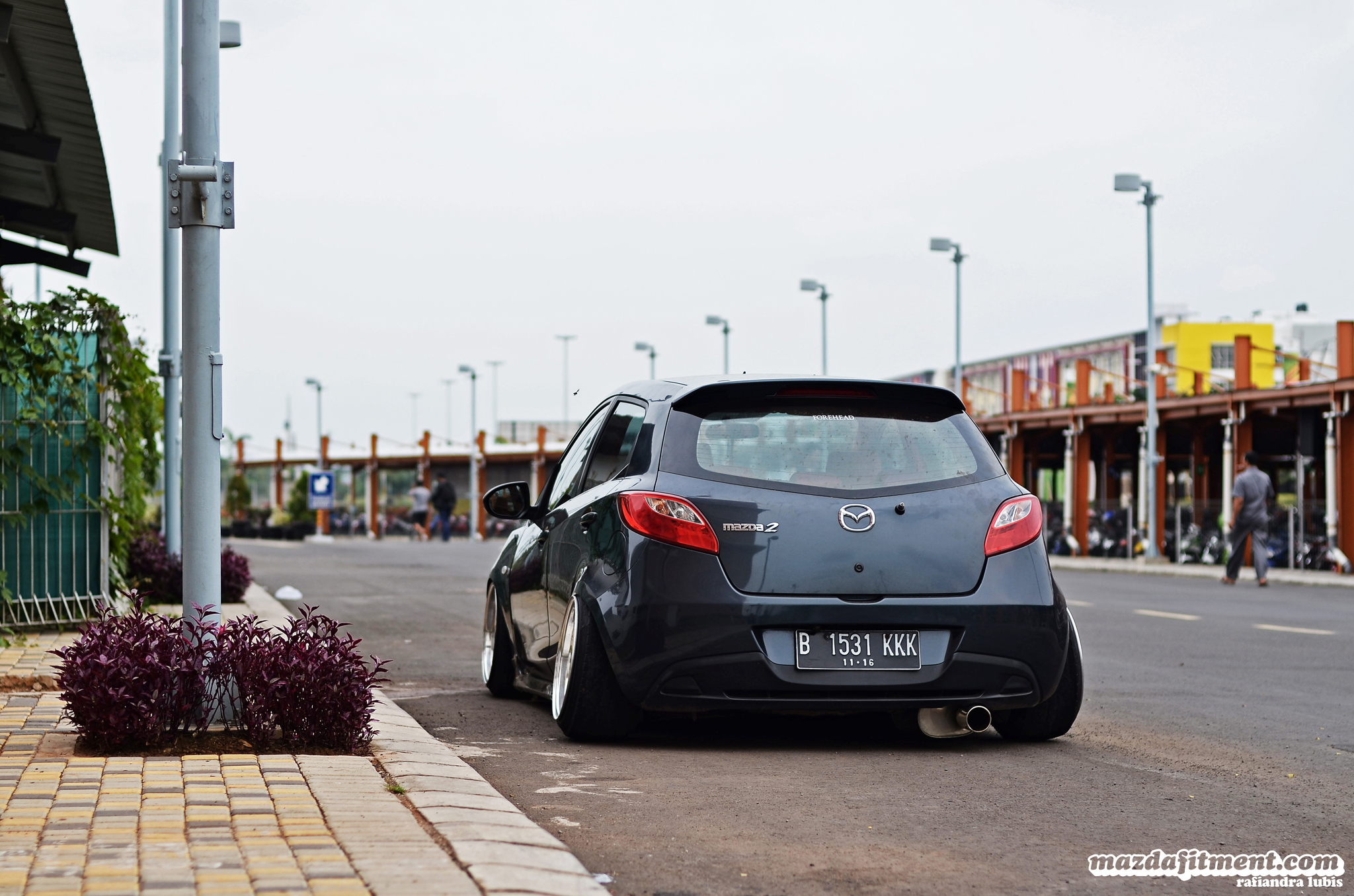 The majority of that community were into adding too many things onto their cars with too many stickers, which was not in Richard’s taste. However, through this first community event he was able to meet a new friend, and transformed his journey with this car to include a story of friendship. 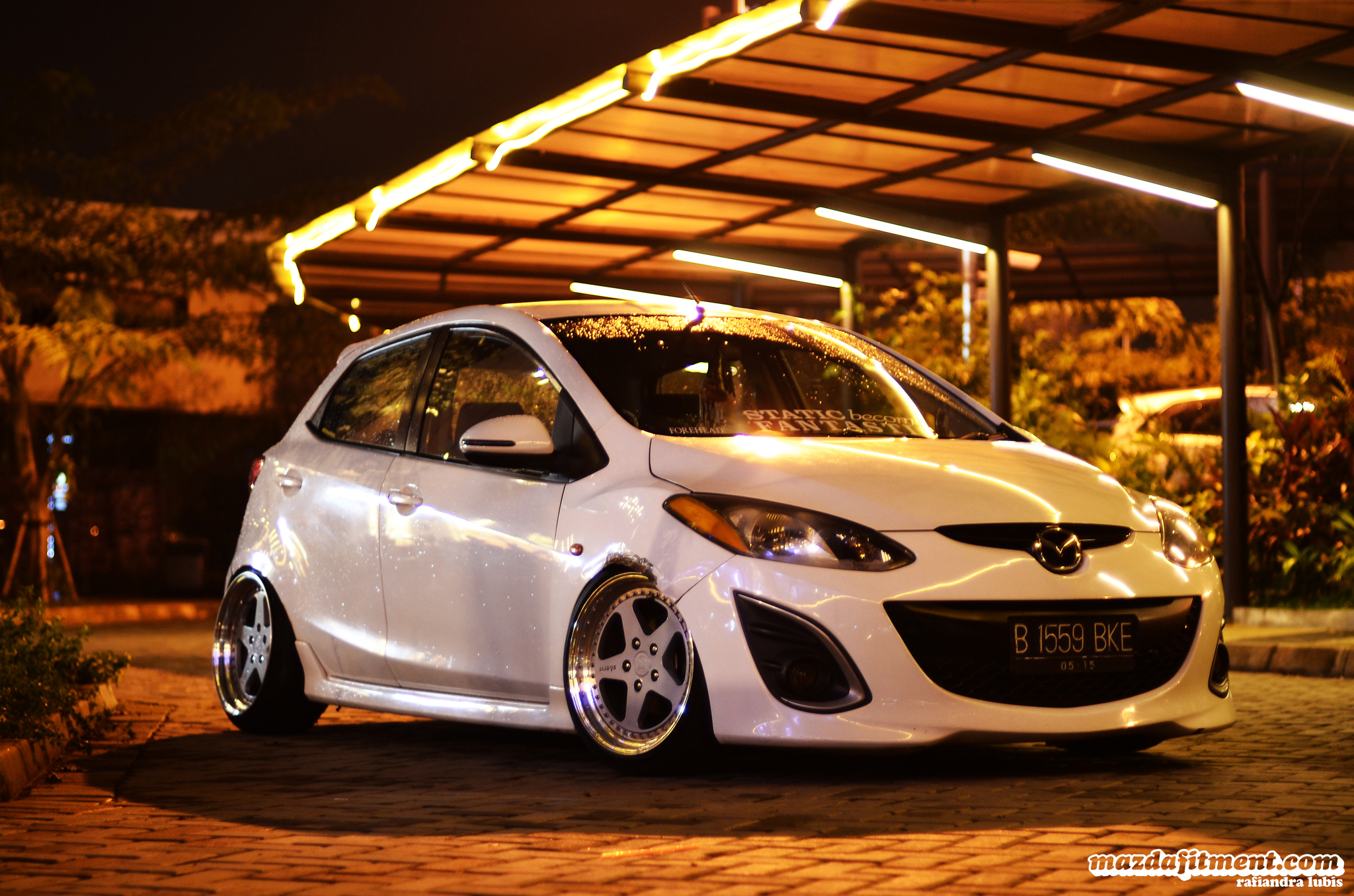 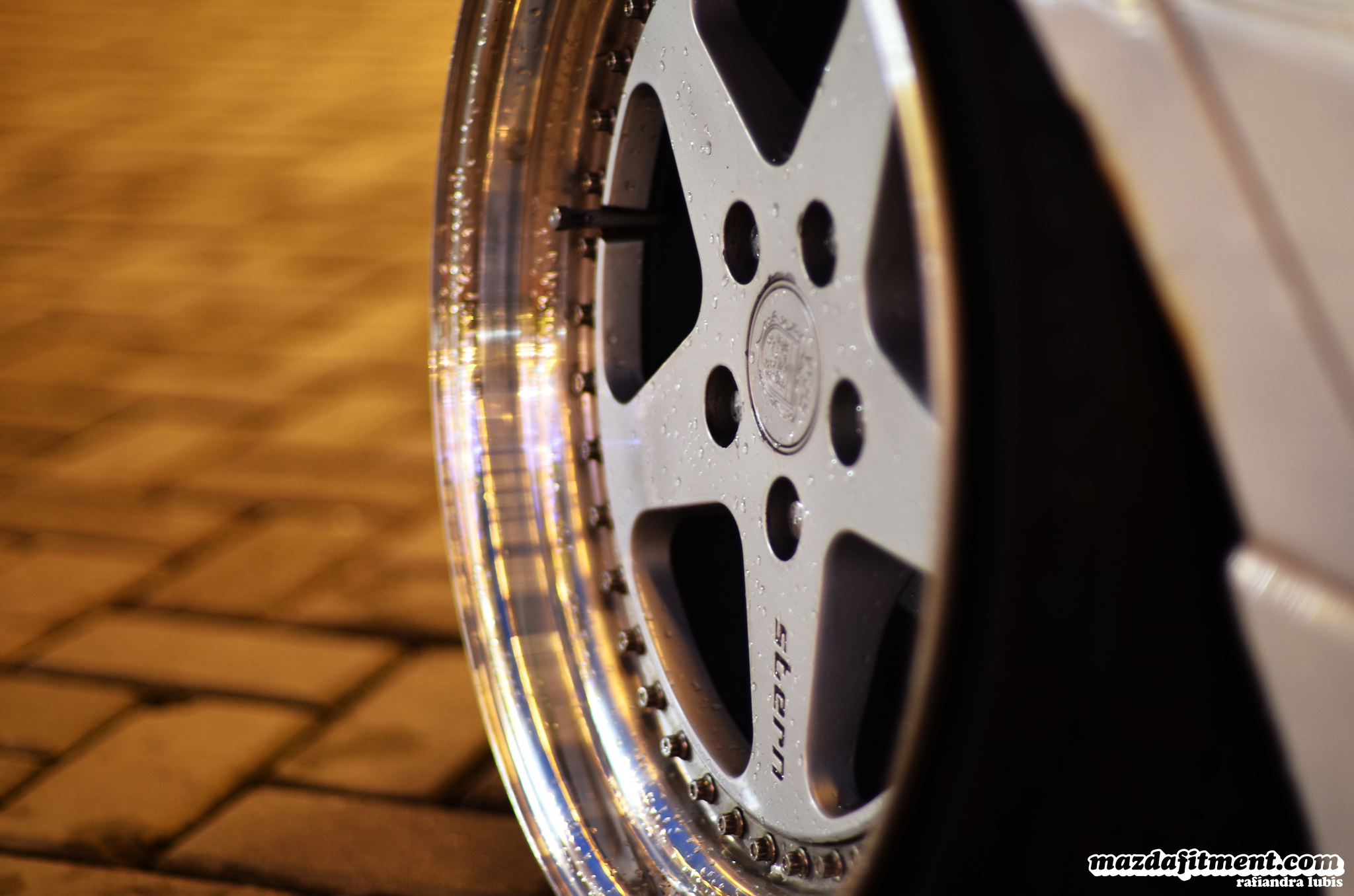 Richard’s new friend was Tommy Prasetyo, which is the White Mazda 2 on Saleen Stern wheels. Tommy and Richard left that community since it wasn’t for them, and join in on the automotive family called FOREHEAD, which they learned a lot about how to build cars together. 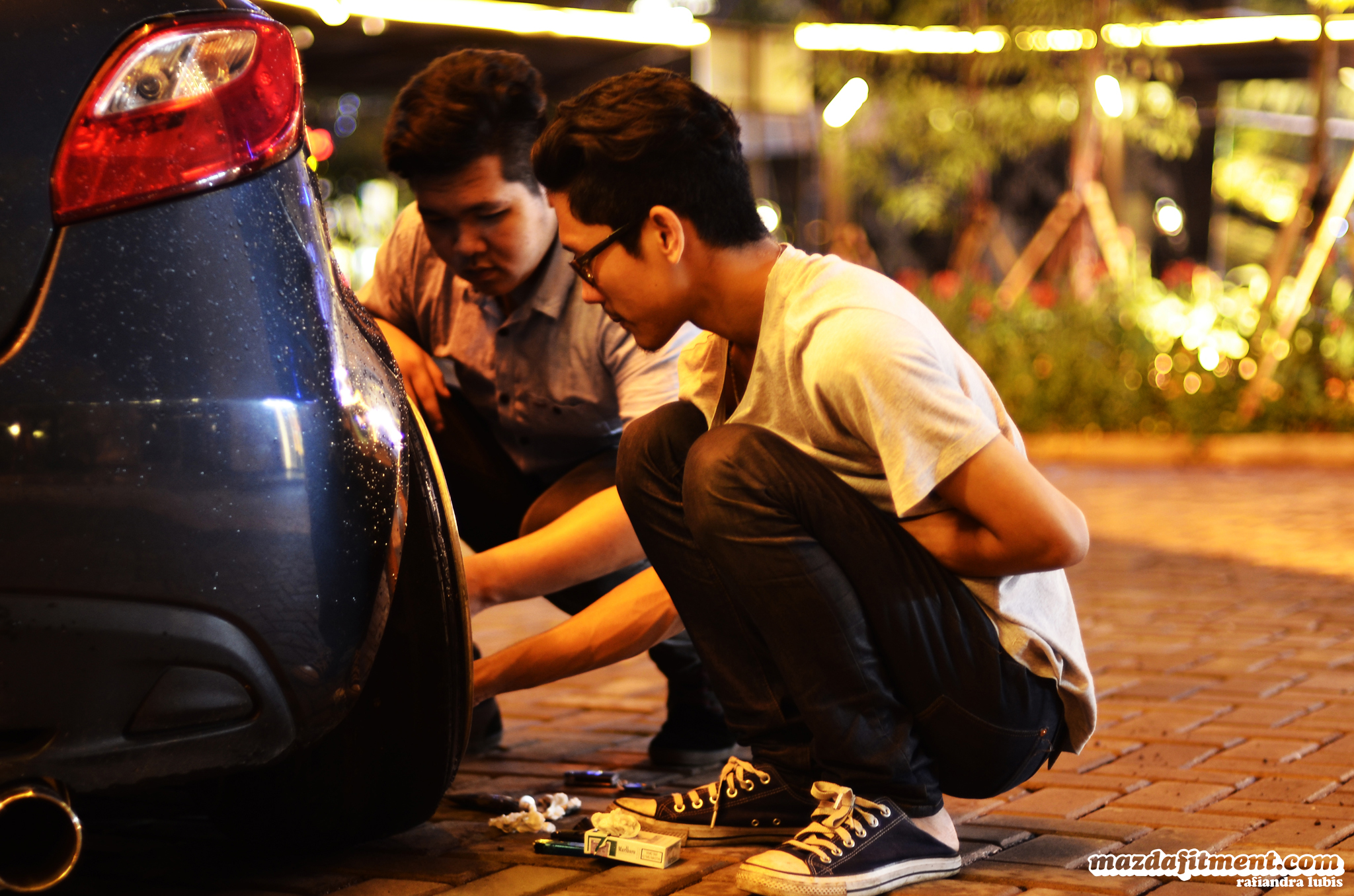 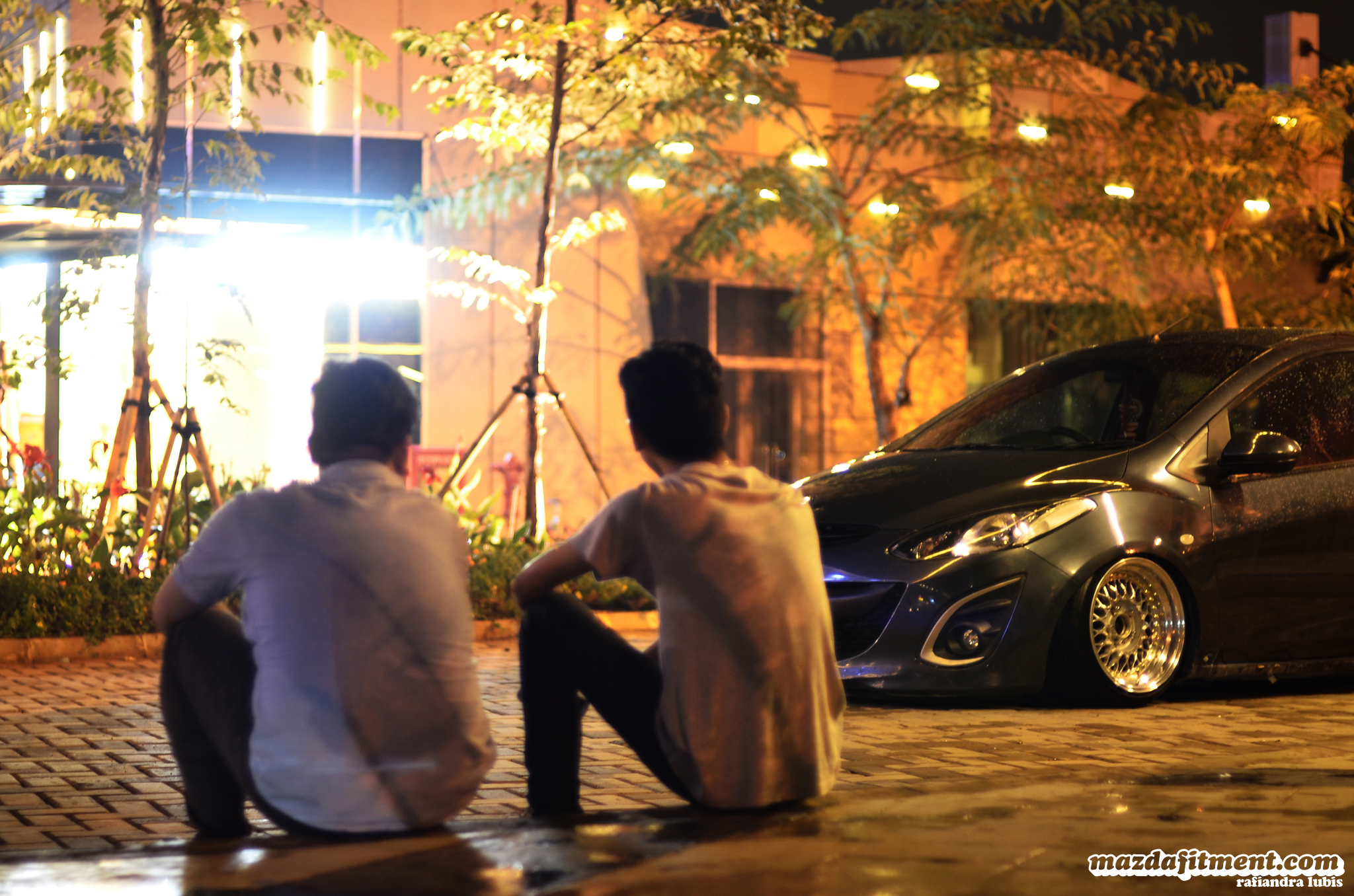 Together they hang out and enjoy the passion for their cars together. But at first they didn’t know what fitment was, but eventually together they learned how to properly do it. Growing together from using replica wheels to original wheels to being able to modify/adjust their suspension to fit their needs. 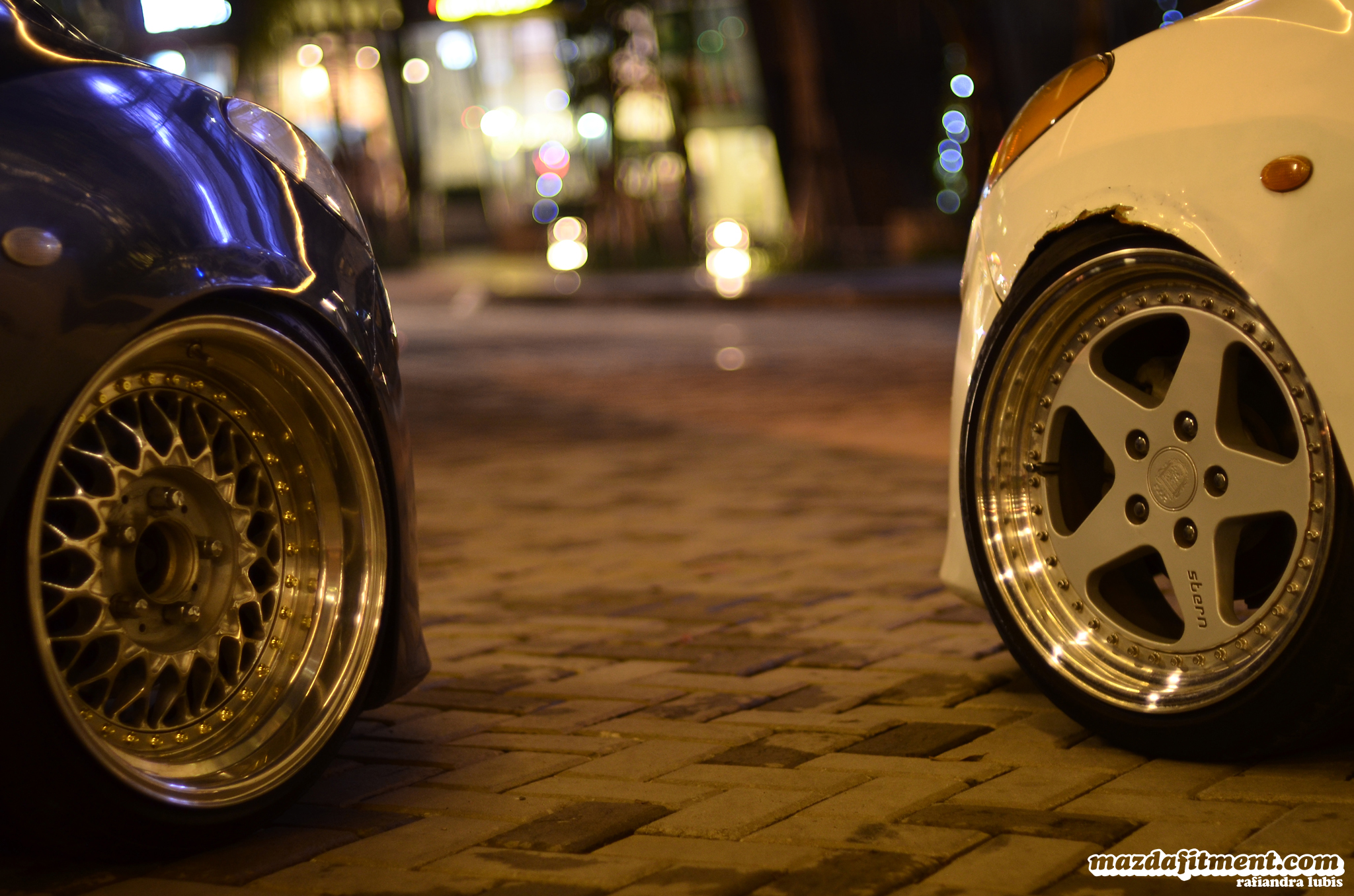 Richard and Tommy support Indonesia Stance Lover, which is a community that puts together meets called Indostance that are held every two months. Many different car clubs join the events, and demonstrate what good fitment and good taste is. From there they were able to gain good advice on their cars, and meet more new friends. 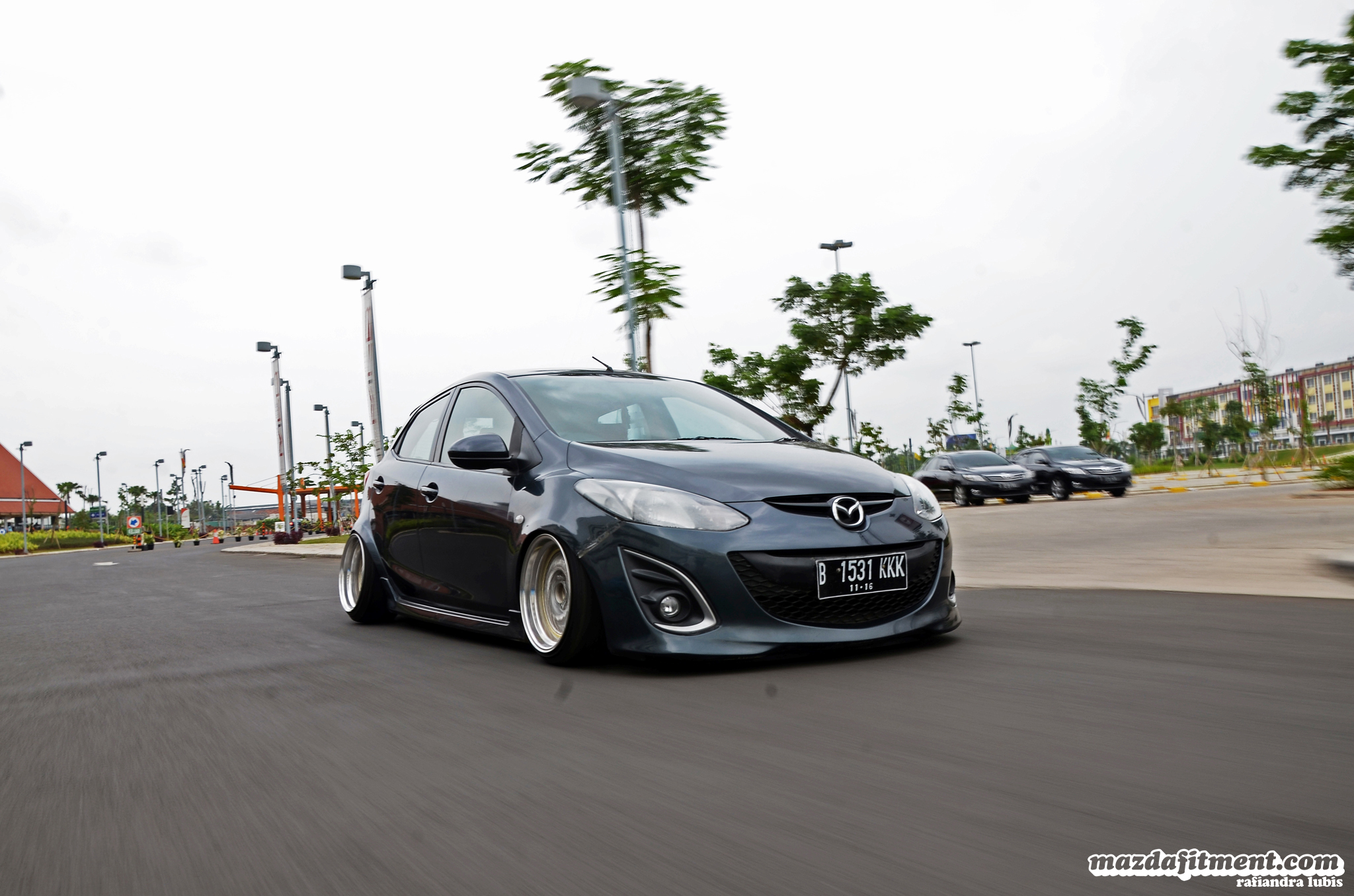 Richard is still not satisfied with his car, and is constantly trying to make it better and fixing mistakes. We would like to thank Richard for sharing his ride with us, and glad he shared his car on the MF Forums. And thank you to Rafiandra Lubis for taking photos of Richard’s Mazda 2 for us to share. More pictures in the gallery below as always.