Stance Is Everything | Mazdaspeed 3

Print
Things don’t always go as planned as we take a look at Dave Thomas from Stance Is Everything, who went from being a long time owner of a 2004 Rally White Mazda 3 to owning a 2009 Metropolitan Grey Metallic Mazdaspeed 3 due to an unfortunate event. 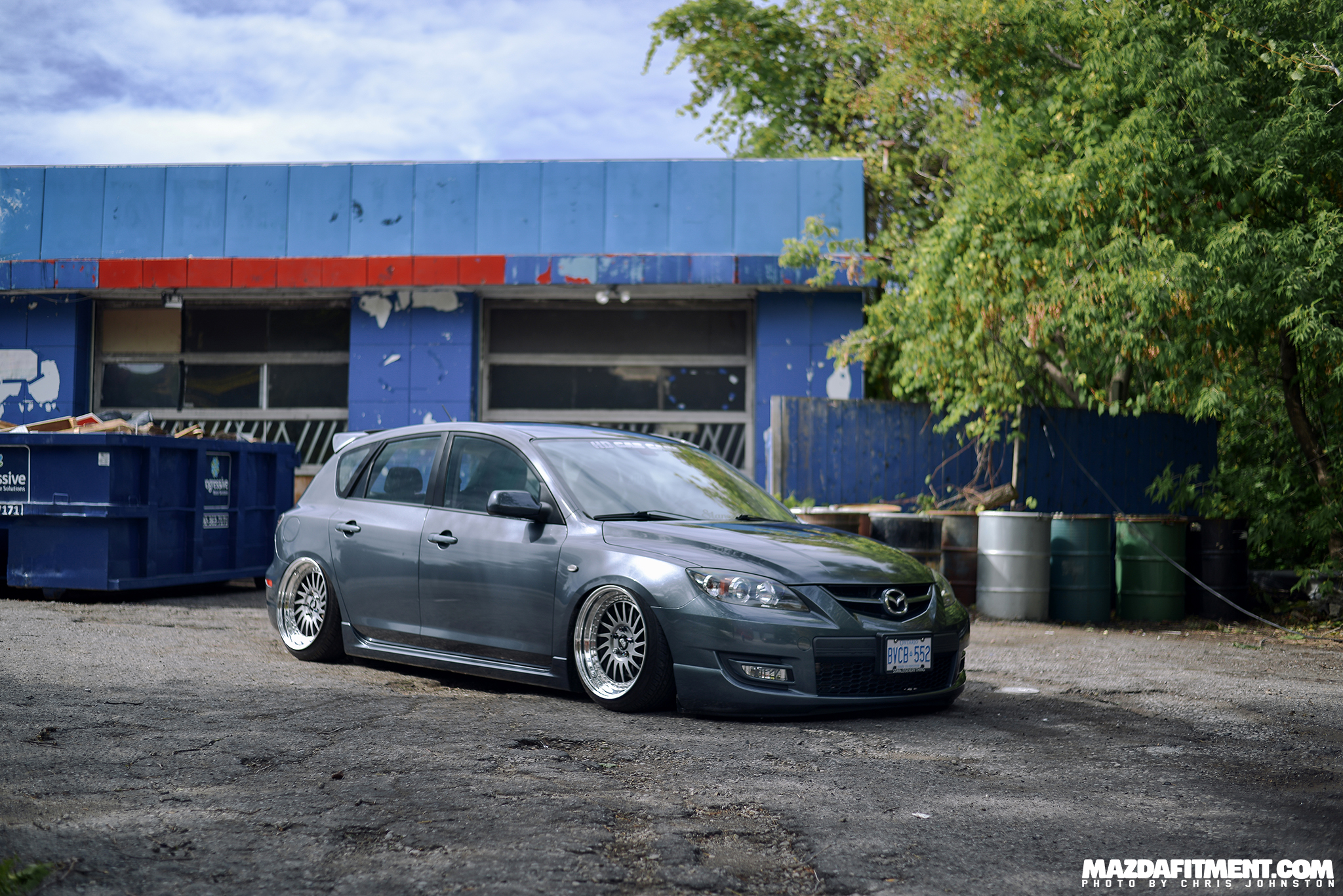 “I was completely happy with the way my 2004 was and content to leave it as is while I diverted my energy into finding my ’51 GMC 3100 project. As it sat my 2004 was the perfect daily driver, good on gas, enough space for me, my bike, my son, and anything else, looked good and drove well.” 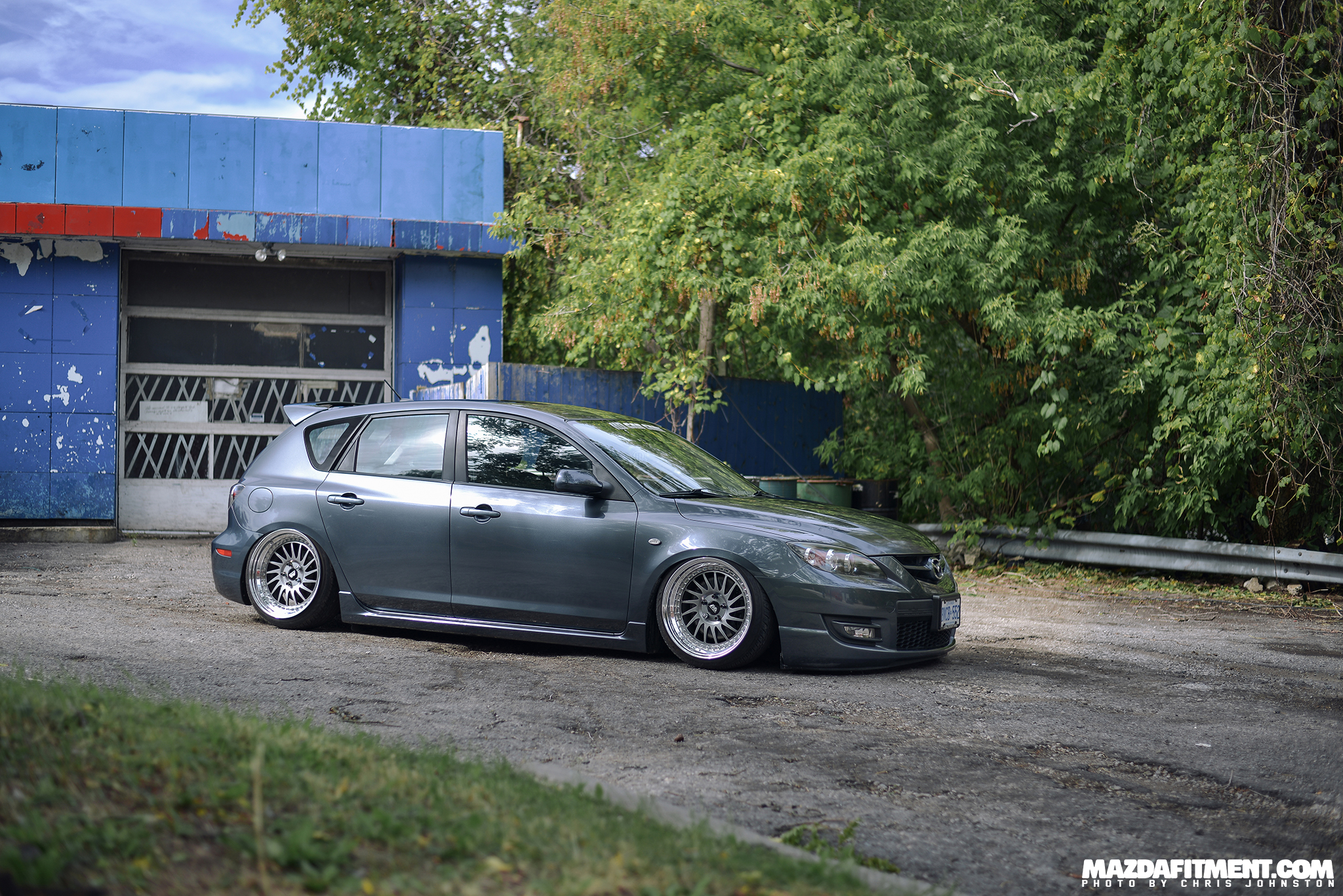 “Sadly after I deemed it “complete” it was rear ended in summer of 2014 after six years of ownership.” 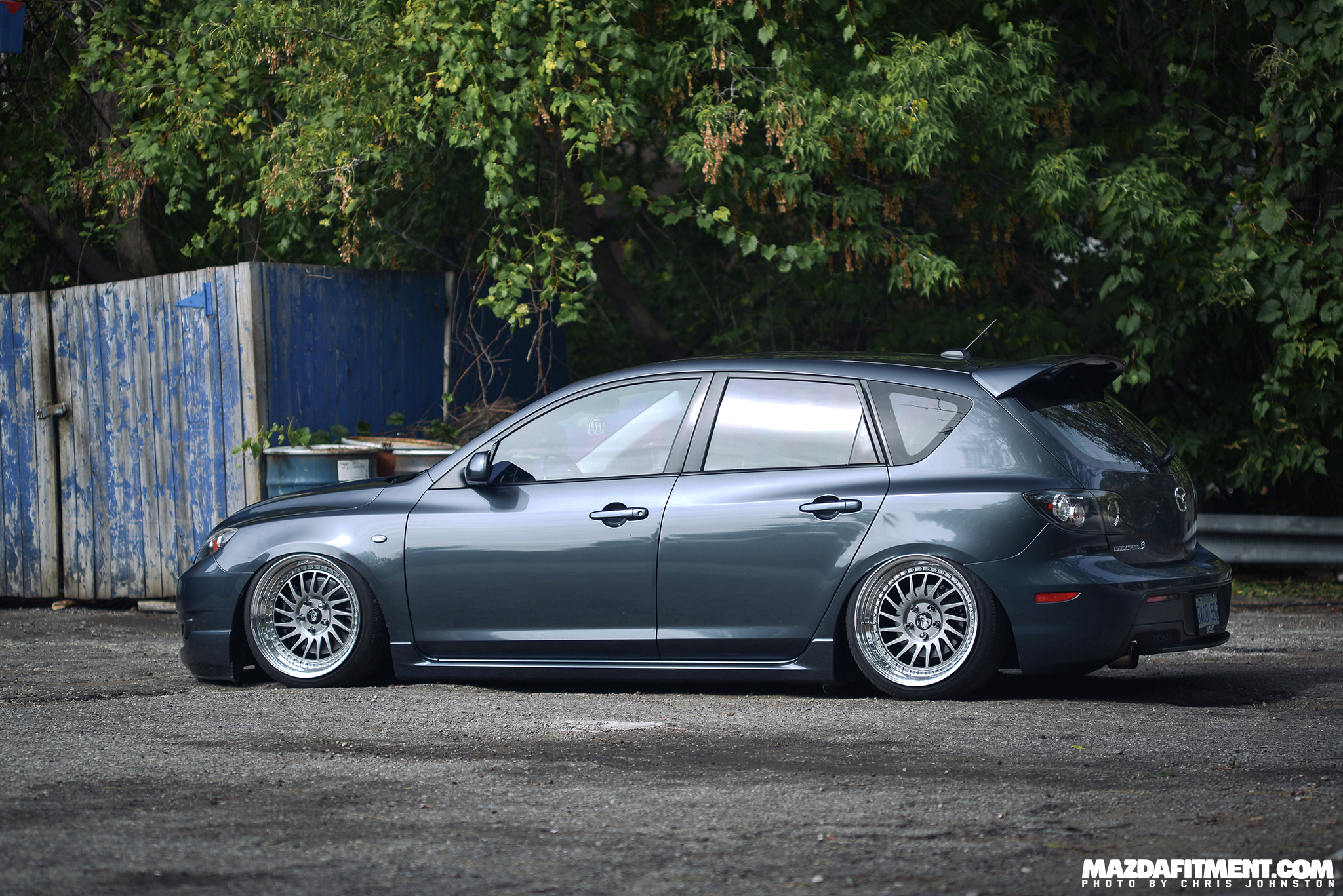 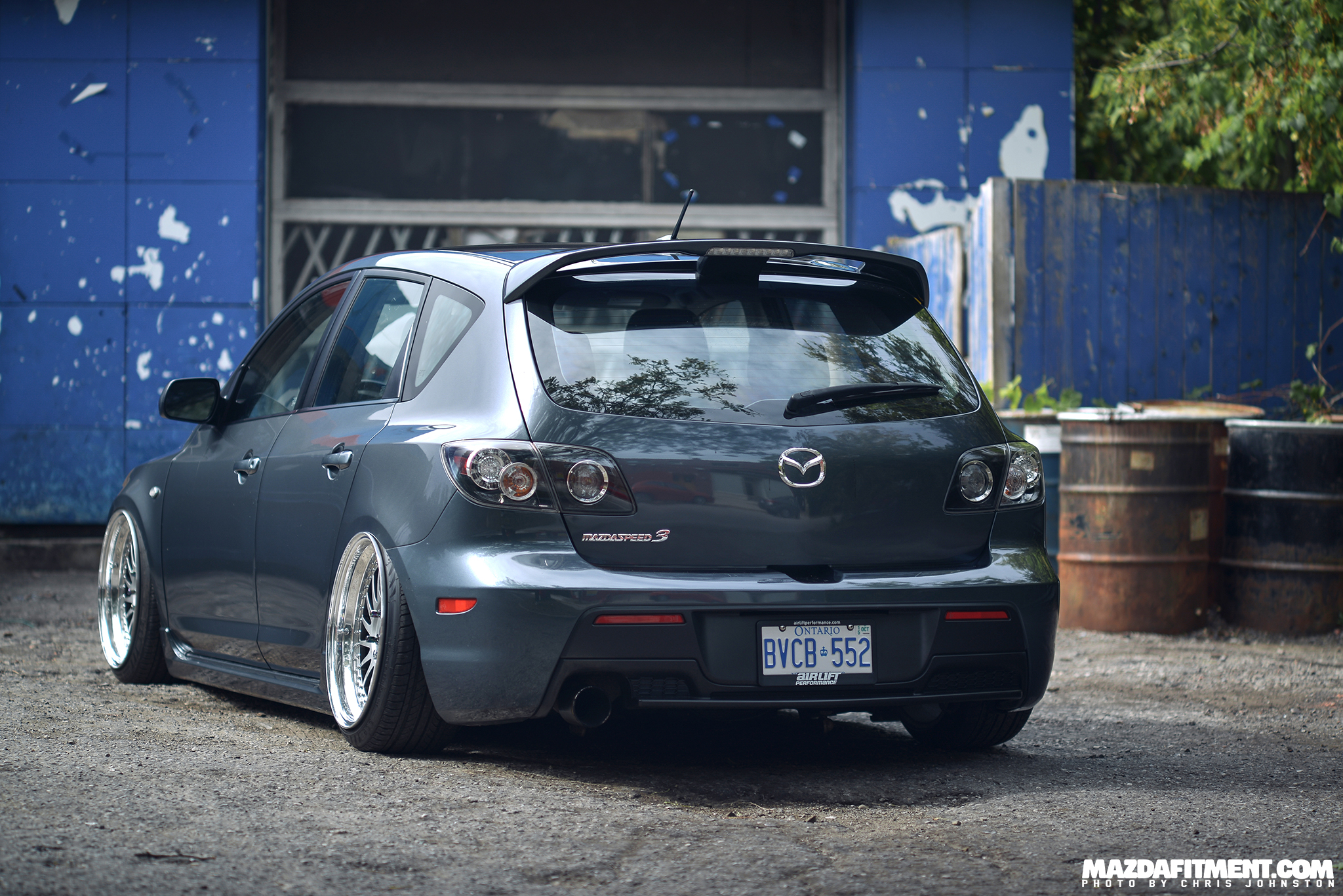 “With a project in mind, and my son just born, switching platforms meant a finical drain that would probably leave me with a stock daily driver for the foreseeable future. That wouldn’t do so I decided to instead look for a first generation speed3 before resorting to rolling stock.” 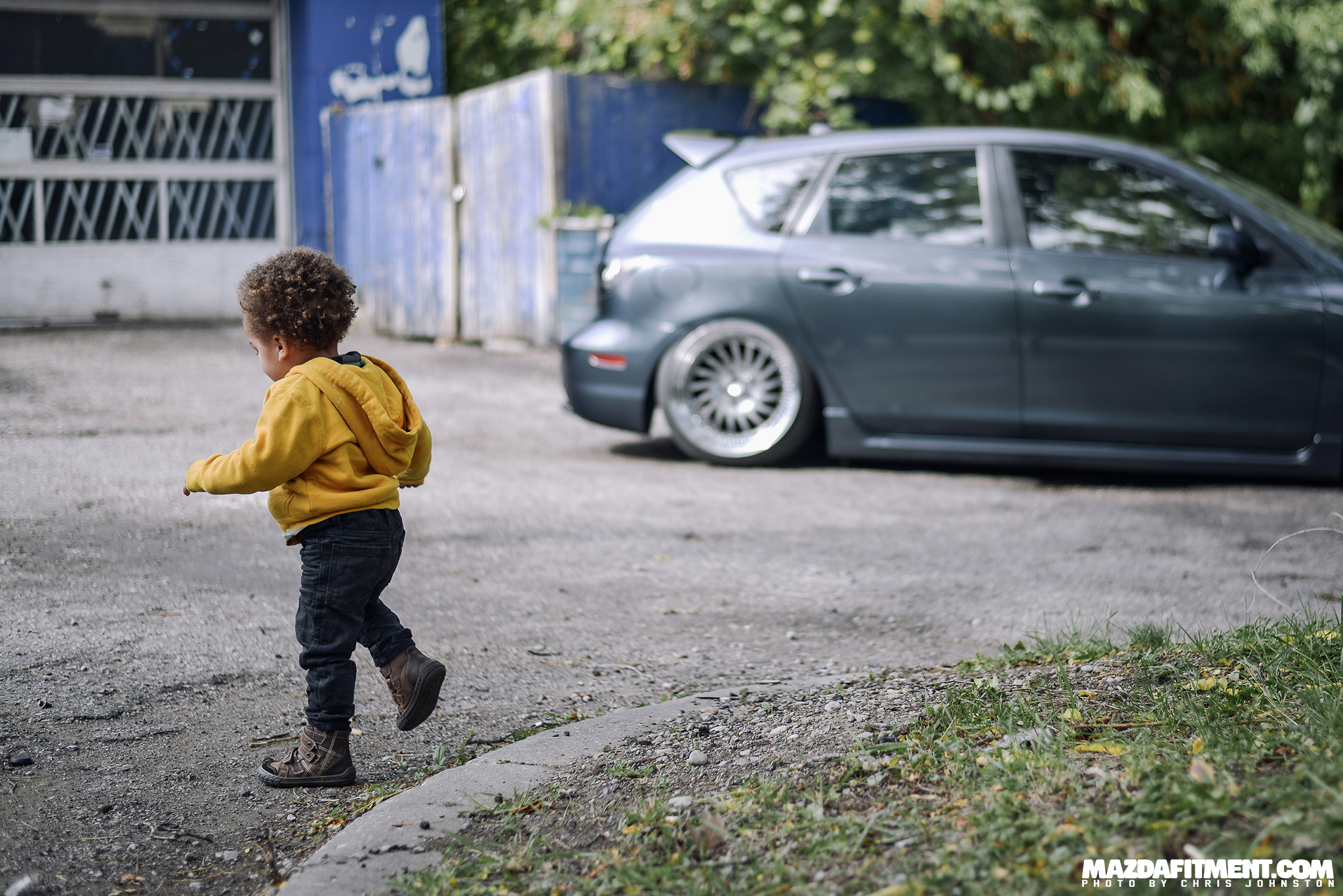 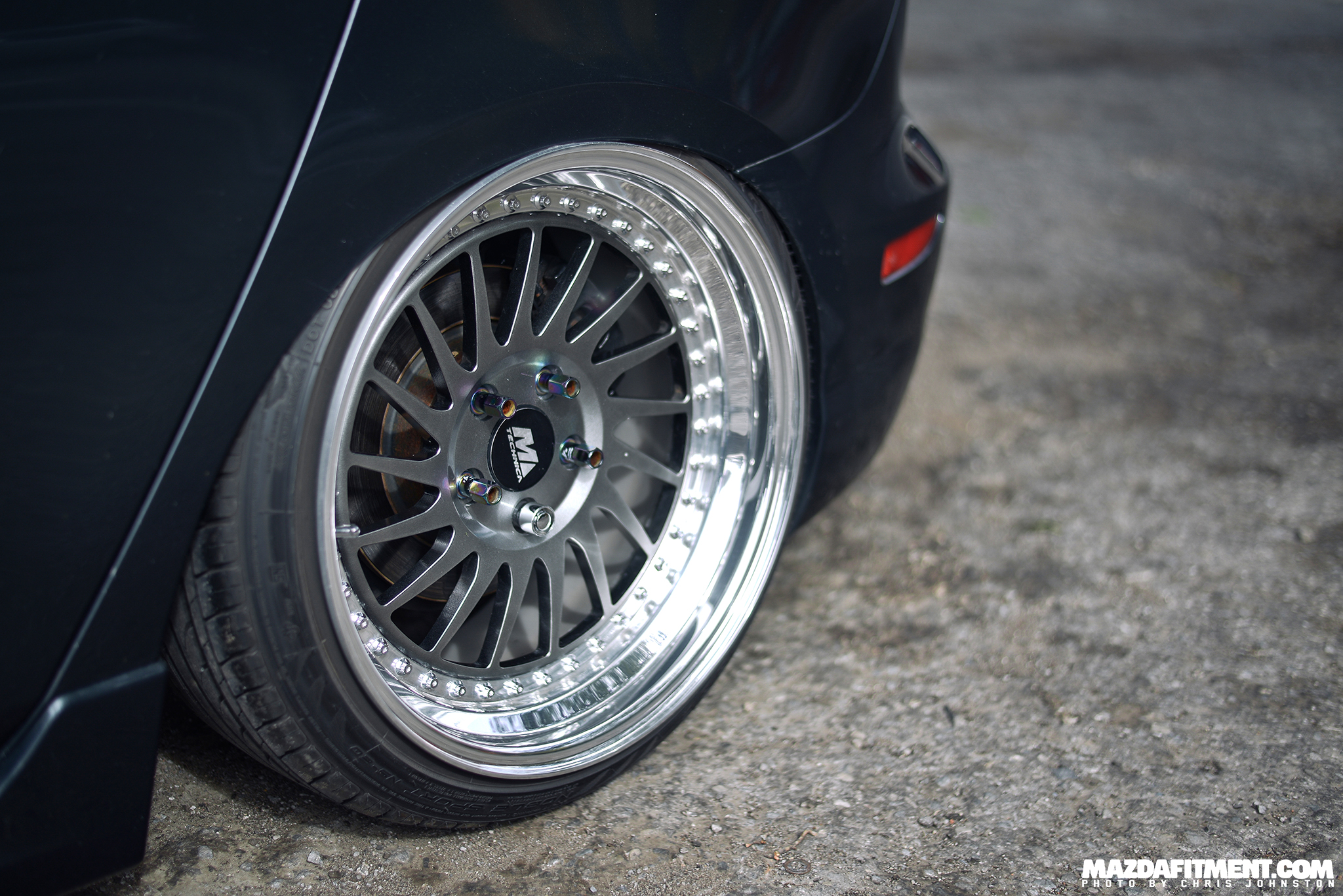 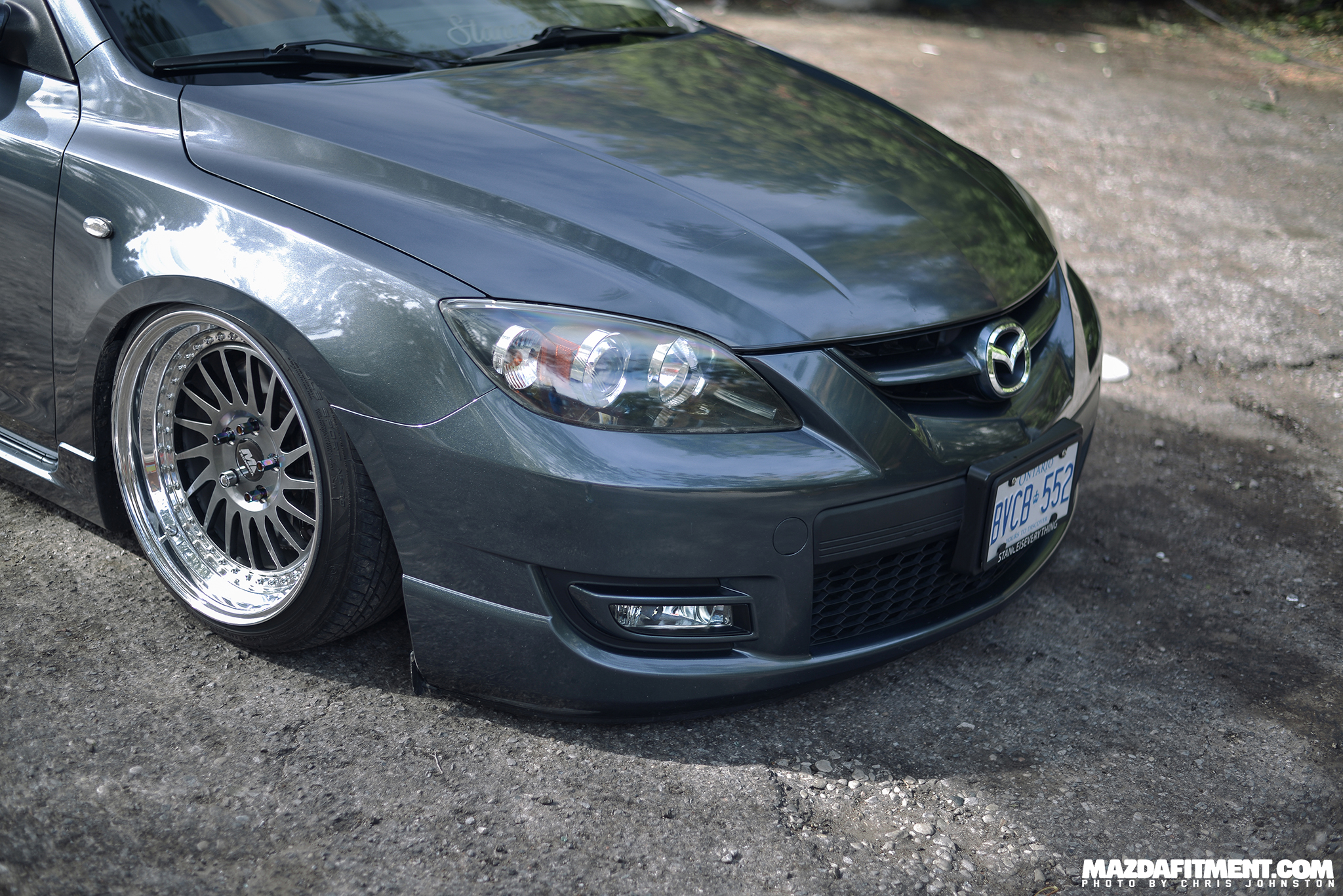 “After a two month search I was able to find this 2009 completely stock. Selling what was left in good shape from the 04 netted me enough to buy the short shifter, wheels, and cai while the suspension was a direct transfer over from the old car and undamaged (minus the legs on the tank which I was able to straighten back out).” 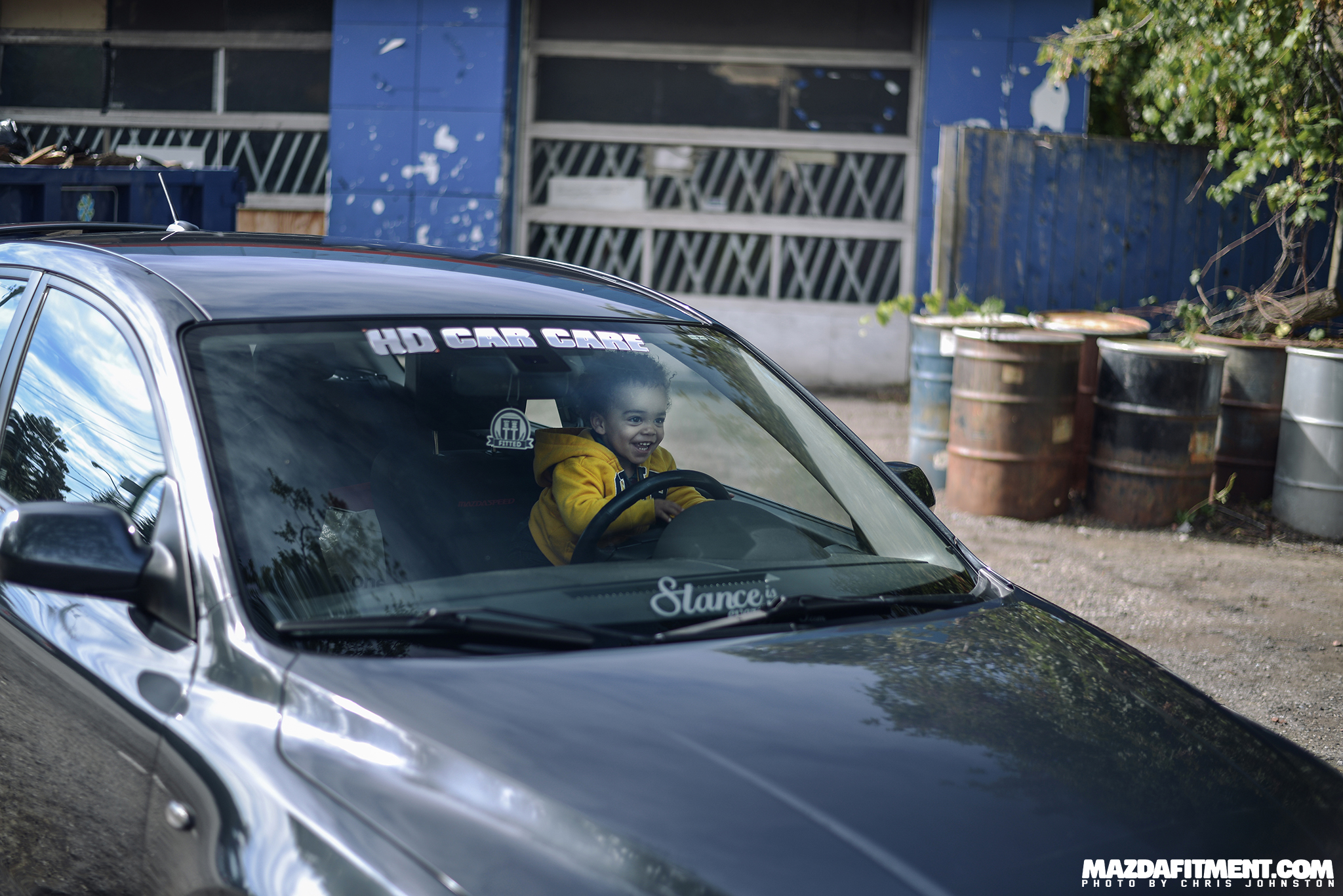 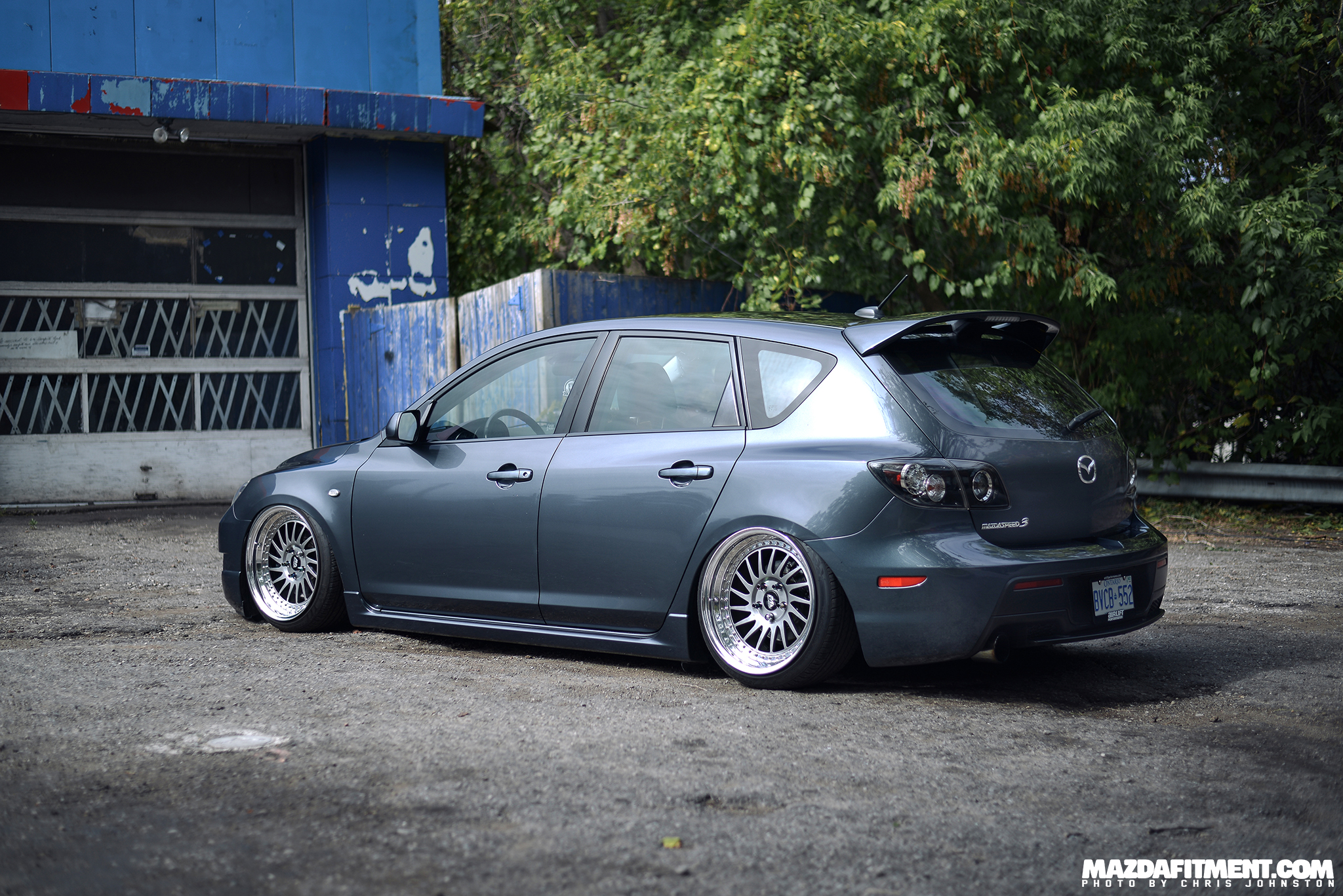 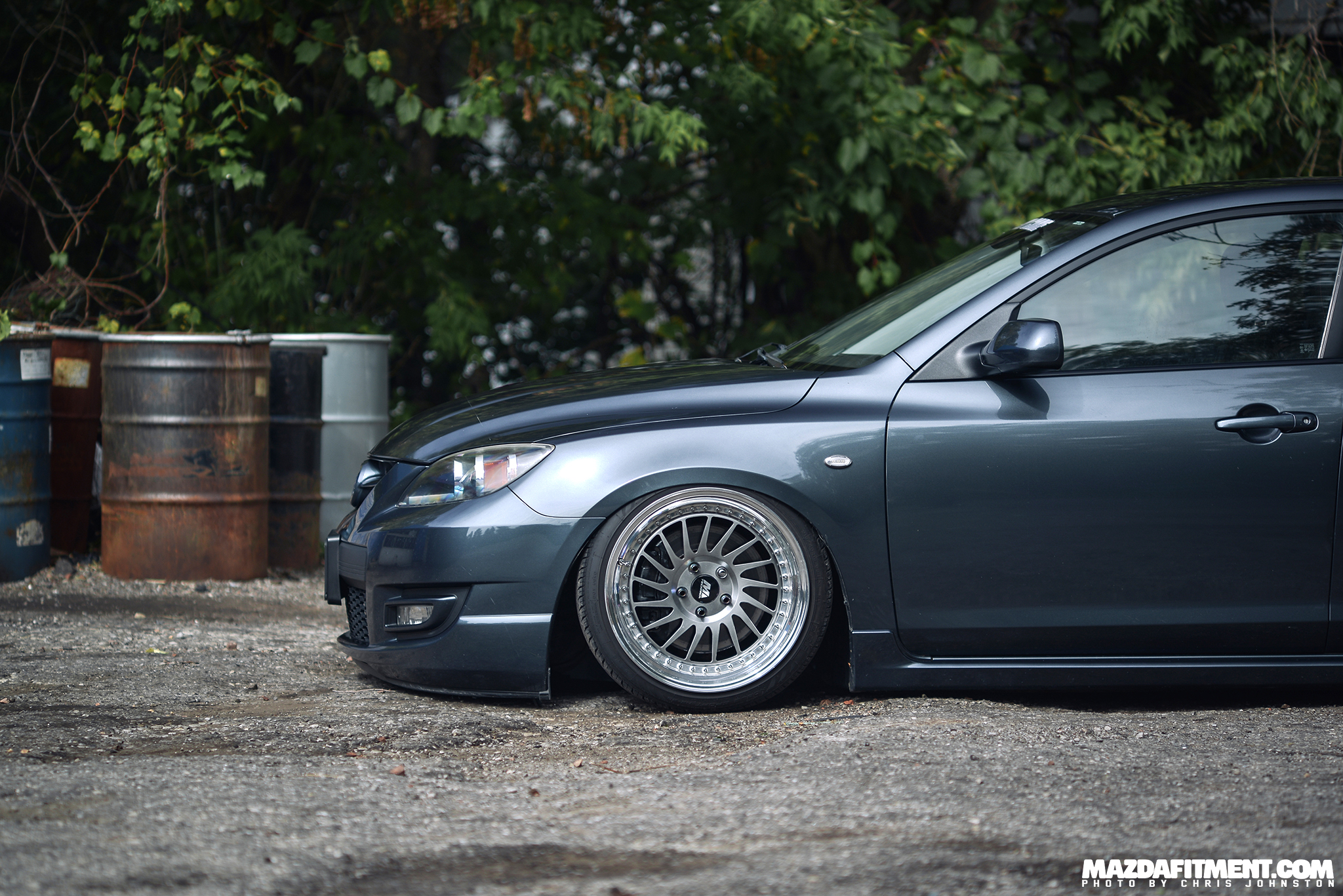 “The paint on the car was in decent shape but with help from 3D Products Canada and Concours Touch Detailing the car looks nearly showroom minus a few blemishes that will be fixed with a proper cut and polish next year.” 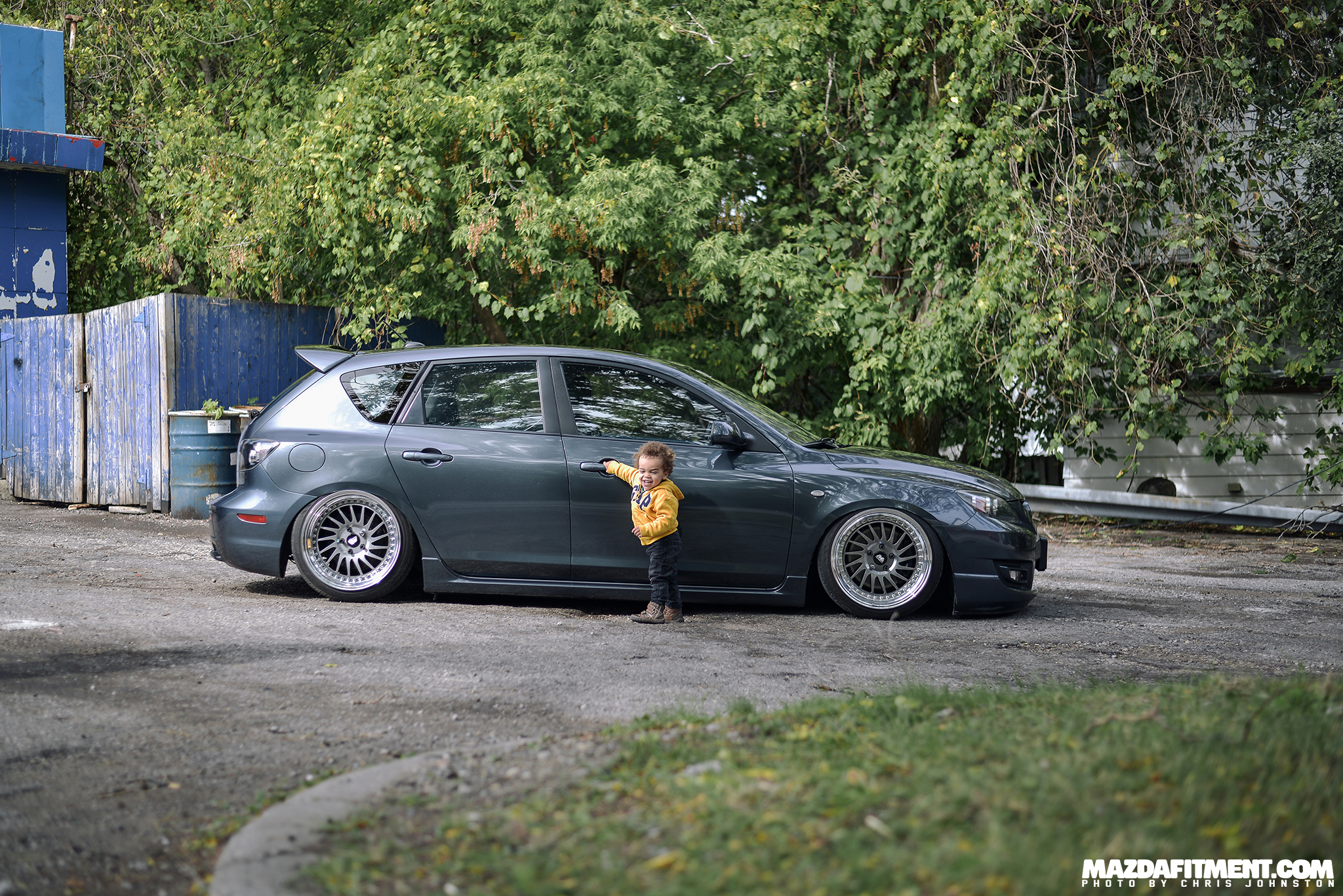 “All of my cars have been pretty straight forward and clean and this car just follows that mindset. I find keeping things simple means that you don’t end up redoing things year after year because they never look “dated.'” 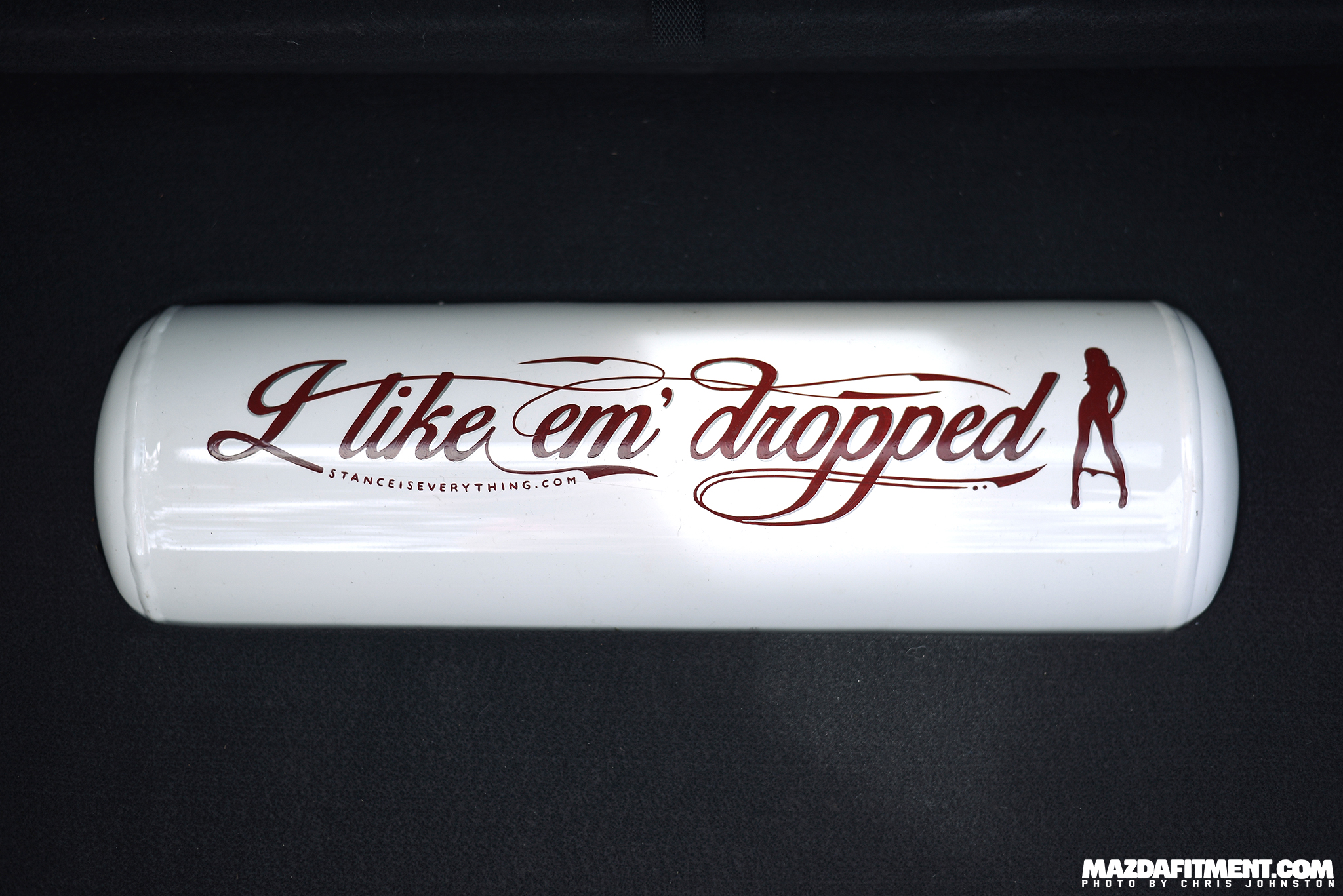 “I’ve done a few things to keep it clean like retain modified fender liners and add clear bra where the wheel lip contacts the paint to keep it intact. This extremely important for the car to hold up to the extremely harsh Canadian winters.” 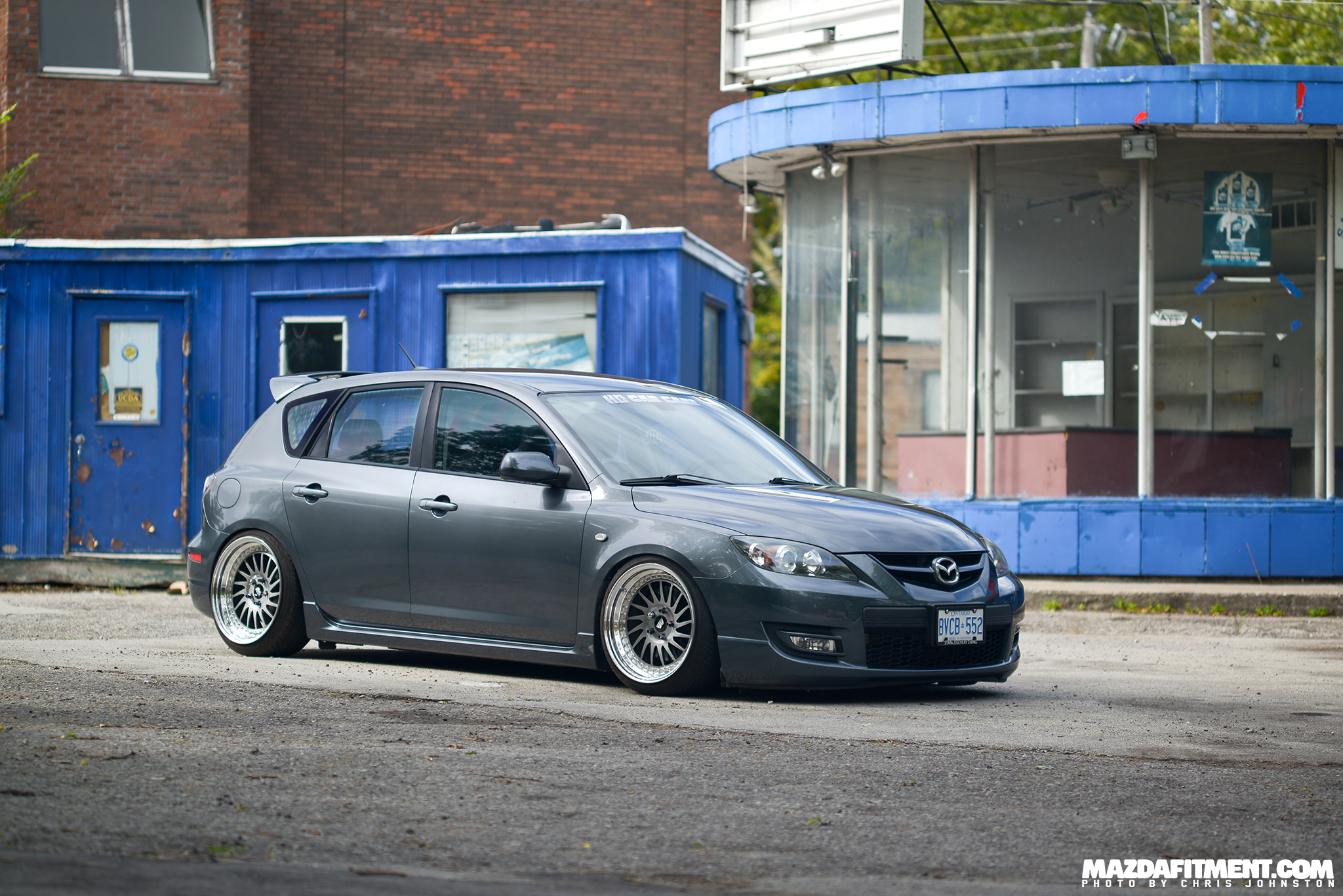 “The camber is considered moderate by today’s standards but I wouldn’t want any more and it still allows me to drive as hard as any street driven speed3 should be.” 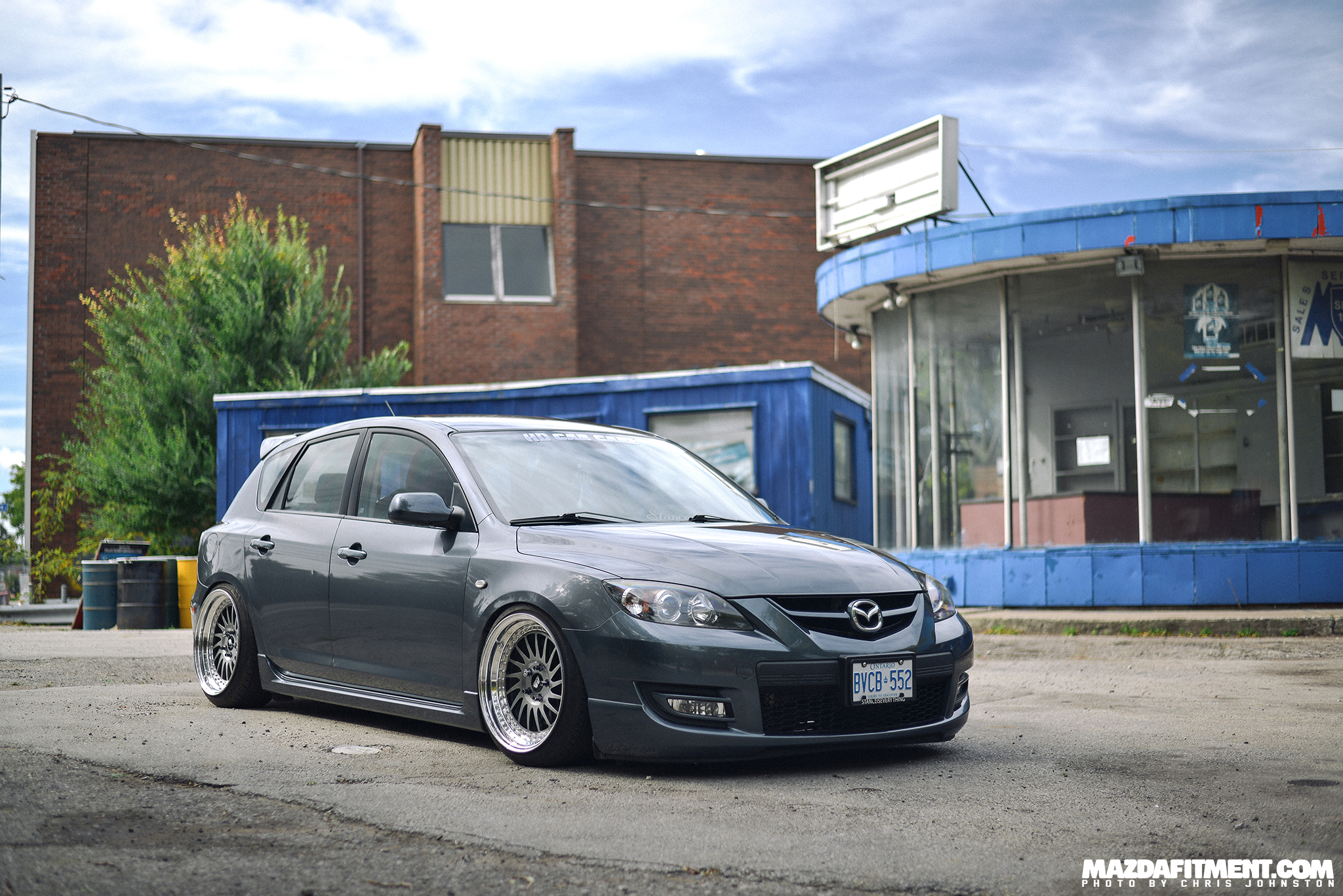