Throwing it back to a car that doesn’t exist anymore, but missed for being built with ingenuity. This is Jack Smith’s True Red Mazda 3 TS 1.6TD from Sheffield, England. 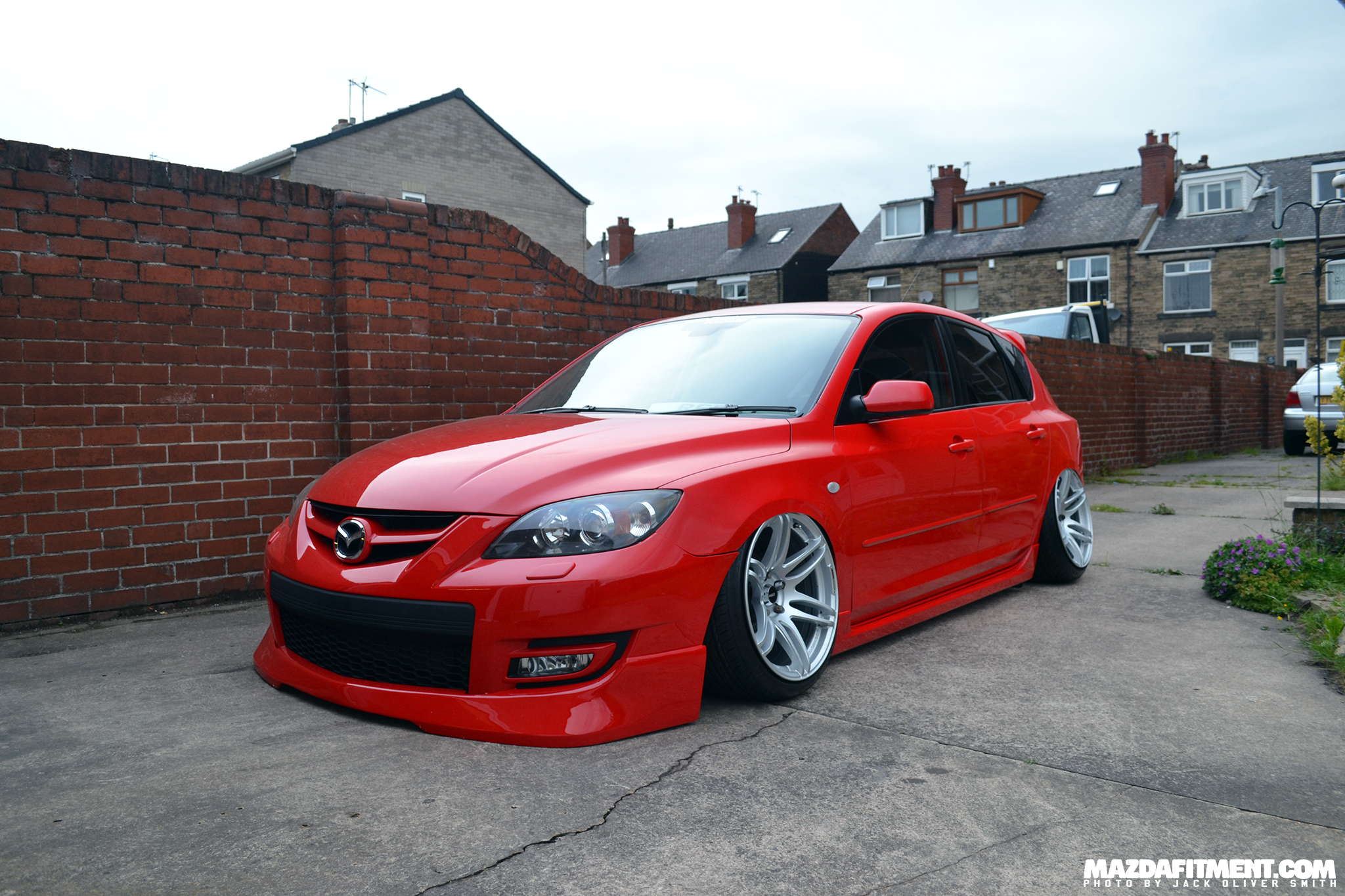 Jack built this regular Mazda 3 to be modified to look like the MPS (Mazdaspeed) exterior and interior. This conversion was done with the MPS front end, rear bumper, spoiler/wing, and side skirts. 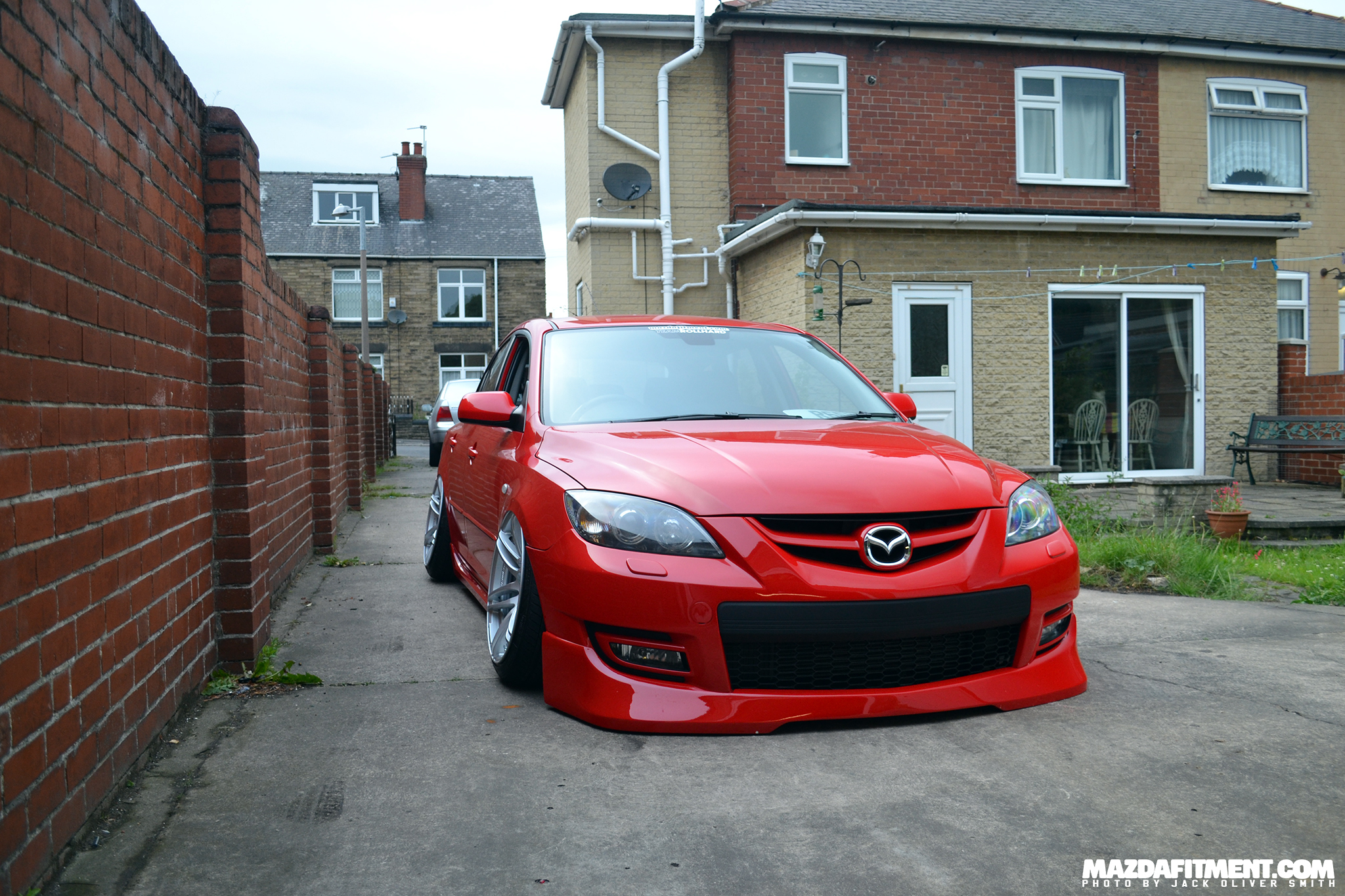 This one of one front lip you see on the Mazdaspeed front bumper was custom made by Jack, himself. Looks really at home on there, and better than seeing the ever so common Garage Vary/Next Mod front lip. 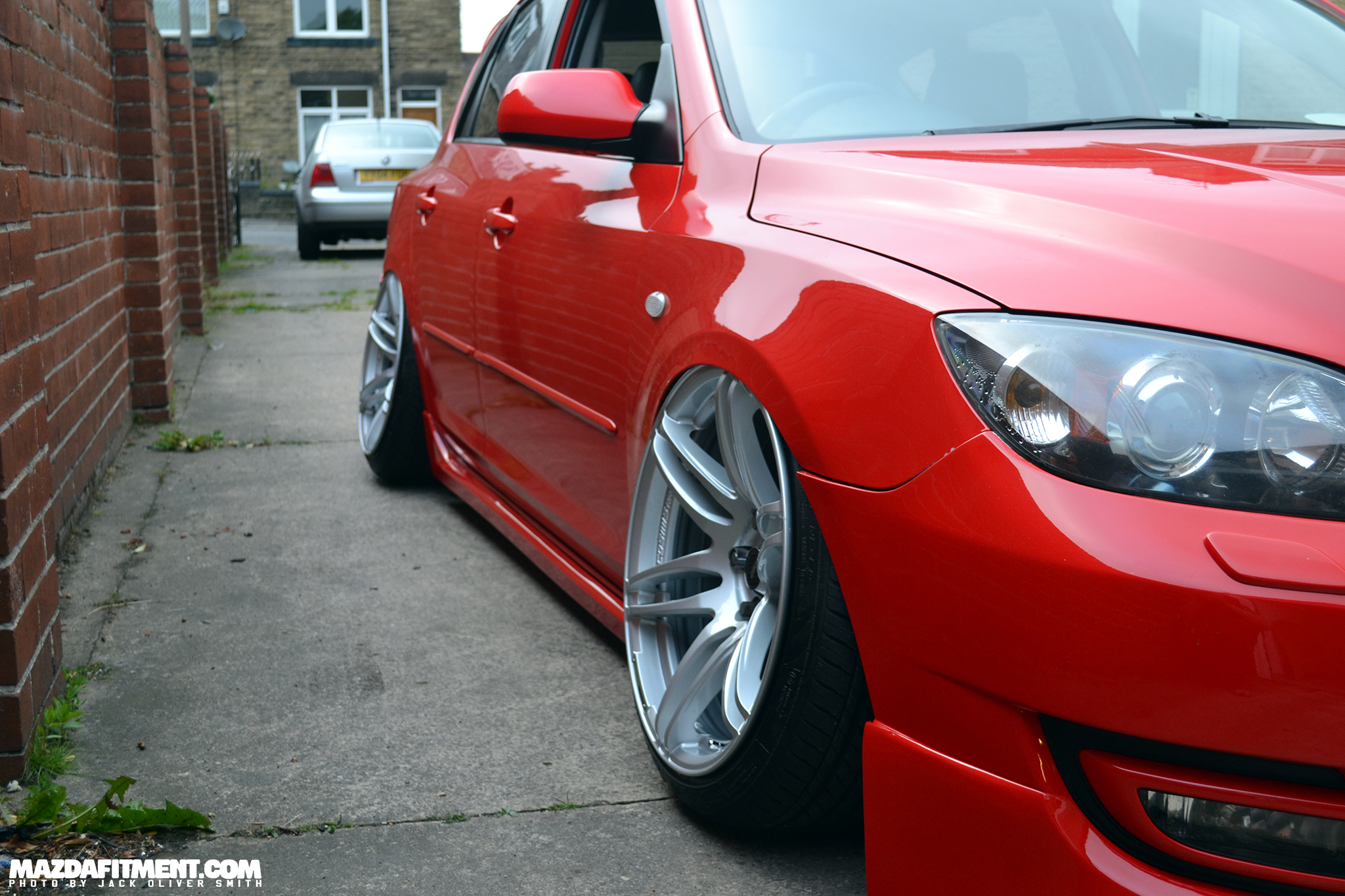 Another piece of the car that was built with ingenuity was the front suspension. Jack modified his front shock towers, custom front camber plates, and hydraulic suspension with fluid displacement unit for the front struts. This was done so he can run more negative front camber, and still have enough clearance as applying negative camber on the front air struts like Airlift or even bag over coilover like UAS will cause the bag to rest on the inner frame of the car. 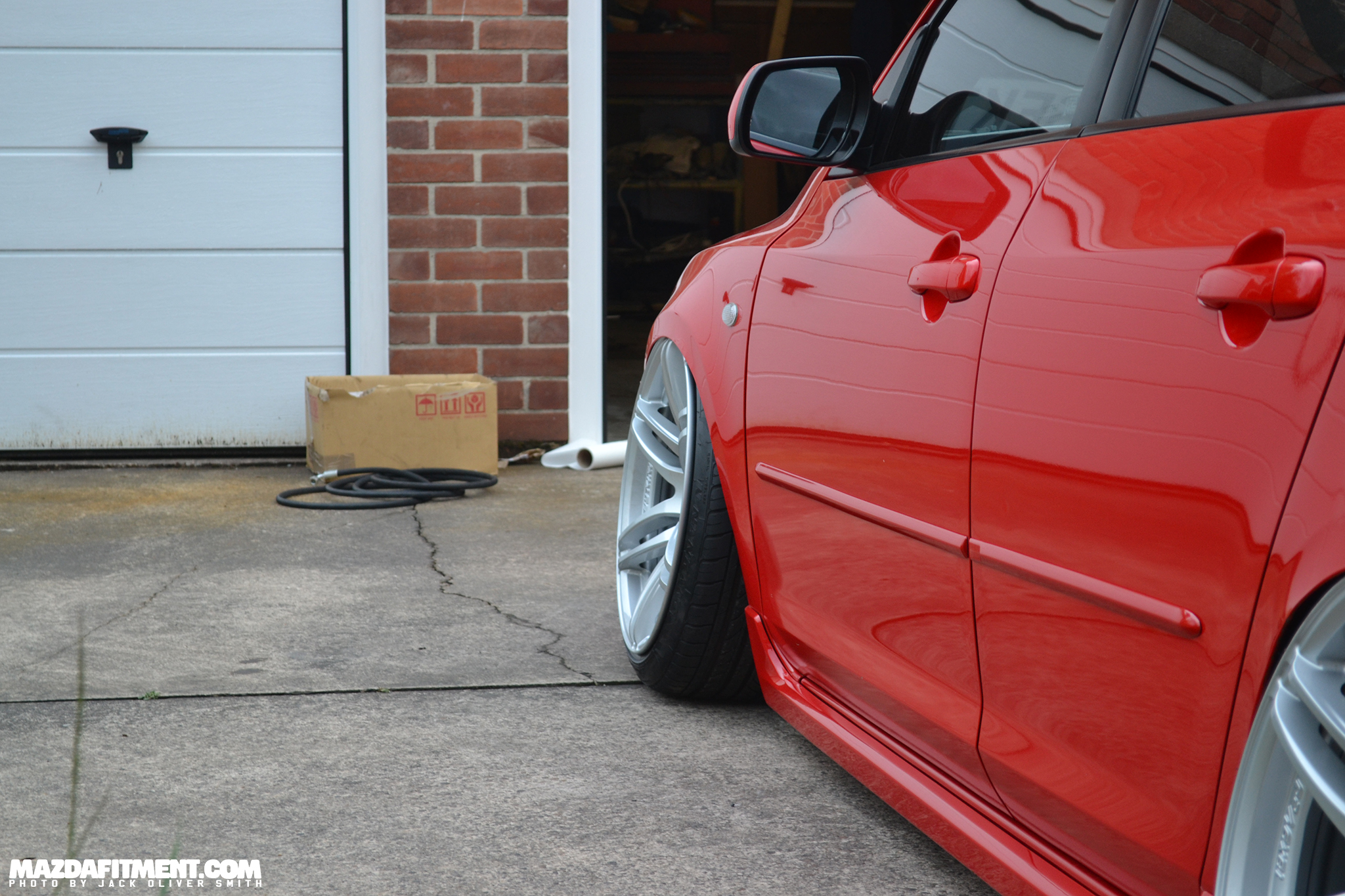 Simply a clean and unique car when it was around.

Thanks.
Be sure to share your ride with us by emailing us at MazdaFitment@MazdaFitment.com