Since the beginning of the RX-7 model line, it has been considered the highest class of car Mazda ever produced. During their productions years each generation of RX-7 was intentionally used to demonstrate the best that Mazda had to offer in terms of technology, performance, and styling. It has been over 11 years that the RX-7  model line was last seen rolling out of the factories and seen on the dealership floors.  Three generations later these cars are only bought by those that specifically want the car for what it is.  So is the case with Andrew Warren’s Sapphire Blue 1987 Mazda RX-7 (FC) GXL, which is surprisingly a little older than himself. 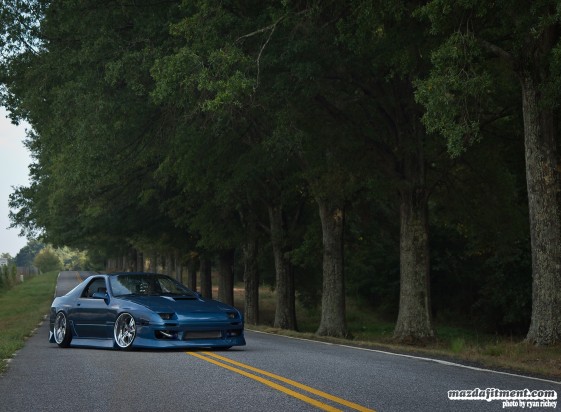 Andrew first started his journey into owning the car we see today after emerging from the hand-me-down cars he received in his early drivers license days. He began going to the local car meets in Greenville, South Carolina and was instantly in love with the car scene. Andrew started to like the RWD “drift style” cars that he saw and had the pleasure of meeting a few people with RX-7s, which eventually swayed him to getting one of his own. 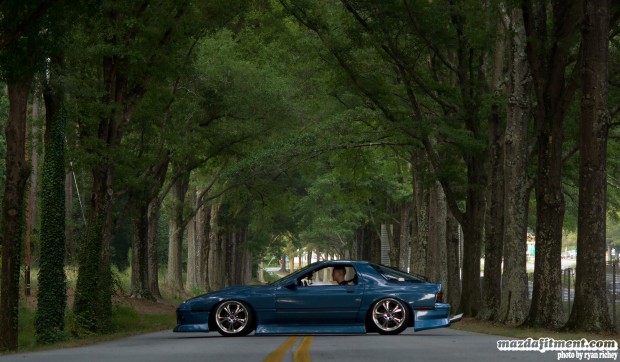 He got his first 1987 RX-7 GXL for only $1,000, which made him hooked on the chassis every time he drove it.  Andrew was still in high school at the time and with his high school student budget he was able to do a T2 swap with the help of his friends. 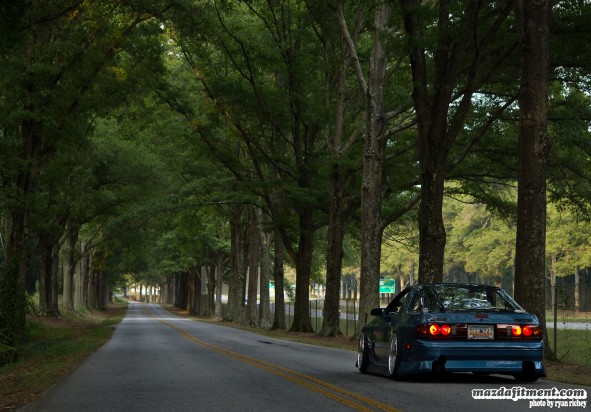 Eventually Andrew joined the army and got rid of his RX-7. However, after numerous years in the army and school, he was able to find another super clean 1987 Mazda RX-7 GXL, which got worked on by Rotary Resurrection. After deployment to Afghanistan, Andrew was able to fund the build you see today. 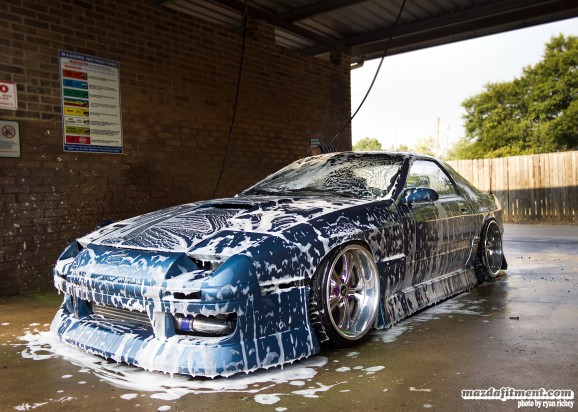 Andrew decided to go with a BN Sports replica aero kit all the way around, which is one of the most iconic kits for a RX-7 FC generation. 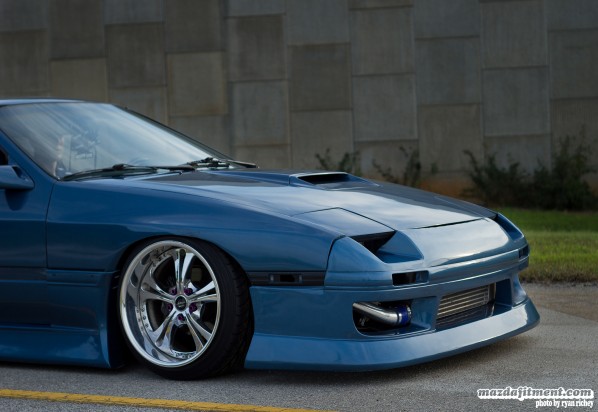 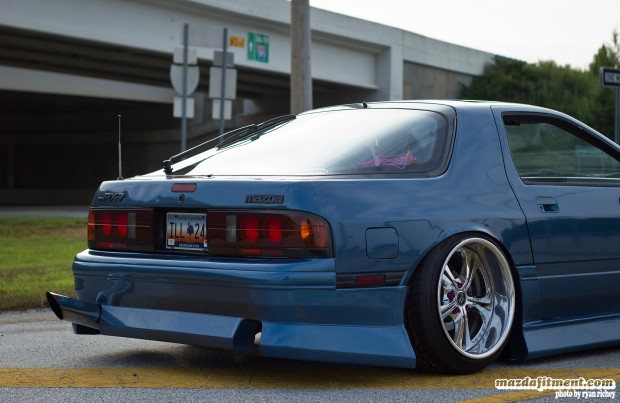 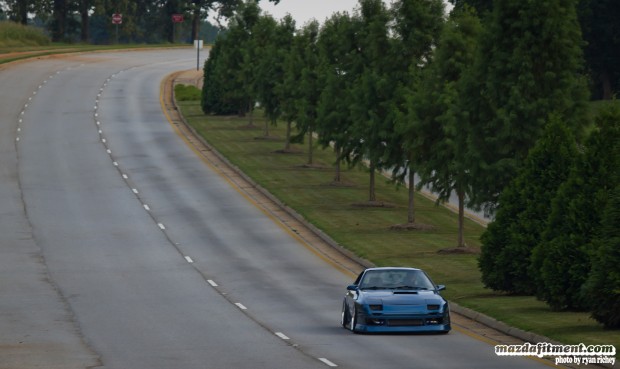 Andrew would love to give a shout out to God for keeping him alive through all his stupid adventures in this car, and bringing him home from Afghanistan safely. Next to his family for supporting his habits, and encouraging him every step of the way. Also, to his car group RIPHC, Kevin at Rotary Resurrection, and Bryan at BNR; both have been amazing in helping Andrew whenever there was an issue. Lastly, all his friends who have helped keep this car on the road.

In the end, we at MF would like to thank Andrew for letting us share his RX-7 with everyone. It is great to see these cars are still getting the love they highly deserve after so many years later. Finally, thanks to Ryan Richey for capturing this feature for us. Much thanks and love to all the enthusiasts in the world.